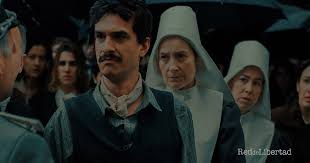 The Niagara Falls International Film Festival will make its debut on Wednesday, September 26 at The Rapids Theatre (1711 Main Street) with a red carpet gala celebrating 2-time Academy Award-winning Costume Designer Mark Bridges (THE ARTIST, PHANTOM THREAD) and Oscar-winning Visual Effects Artist Craig Barron (THE CURIOUS CASE OF BENJAMIN BUTTON). The event will include the presentation of The Key to the City and a star on the planned Niagara Falls Walk of Fame to native son, Bridges, by mayor, Paul Dyster. The evening will also include the presentation of NFIFF’s first Legacy Award to Barron.

The film festival is an outgrowth of the Buffalo-Niagara Film Festival, which was staple on the local film scene for the past 15 years. NFIFF hopes to take that original vision and grow to deliver a bigger, better, and stronger film experience for Western New York. The four-day film festival will include a total of 11 feature-length films and 33 short films. 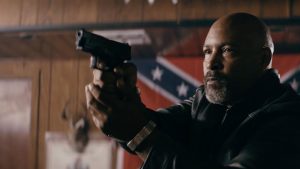 Closing with Matthew J. Weiss’s documentary MAN IN RED BANDANA about 9/11 hero Welles Remy Crowther at the Riviera Theatre (67 Webster Street) on Saturday, September 29, will be a Special Tribute to Crowther’s family with a portion of the proceeds from the event going to charities benefitting Firefighters and First Responders.

Niagara Falls International Film Festival’s Founder and President Bill Cowell said, “It’s exciting to bring the best of Hollywood – in the person of our two Academy Award-winning film artist guests – to preside over a wonderful four-day schedule of films, panels, parties, and events that will bring outstanding independent films from around the country and the world, together with the best work that local filmmakers have created over the past year. The schedule is jam-packed for film lovers that are hungry for more than they can routinely get at the multiplex.” 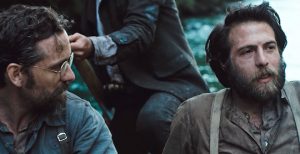 Highlights among the film lineup will include the East Coast premiere of Melora Walters’s drama, WATERLILY JAGUAR, starring Mira Sorvino and James Le Gros. Walters, making her feature film writing and directing debut, is best known for her appearances onscreen in Paul Thomas Anderson’s classic films, BOOGIE NIGHTS and MAGNOLIA. Justin Foia’s DOE is another highlight – a thriller about a man who wakes up not knowing who he is, but with the ability to speak dozens of languages. Now he must race against time to discover his true identity. Walters, Jonathan Piumelli, producer of both WATERLILY JAGUAR and DOE, and cast members from both films are set to attend and participate in post-screening Q&As..

NFIFF emphasizes the international aspect of the fest with films from Argentina, Cuba, and Spain, including; Javier Zevallos and Francisco D’ Eufemia’s Argentinian film ESCAPE FROM PATAGONIA, a gaucho-western based on the life of Argentinian pioneer Francisco P. Moreno; Arturo Sotto Díaz’s Cuban thriller MANTI’S NEST, about a young woman with limited time to convince the authorities she didn’t commit a murder; and the recently added THE NETWORK OF FREEDOM. Directed by Pablo Moreno, the Spanish produced film stars internationally acclaimed actress Assumpta Serna as Helena Studler, a French nun from the Daughters of Charity, who sheltered and saved the lives of hundreds of orphaned children from the Nazis during World War II.

NFIFF will also include free-to-the-public short film programs, as well as filmmaker panels and seminars with top industry pros like Stanley Isaacs (Director, SOMETIMES LUCKY IS MORE IMPORTANT THAN SMART: CONVERSATIONS WITH MACE NEUFELD), Alyn Darnay (Director, SHADOW FIGHTER), and Piumelli. Passes and tickets to the Niagara Falls International Film Festival can be found at http://nfiff.com.

How To Ace a Standardized Test
A Tribute to Ilio DiPaolo