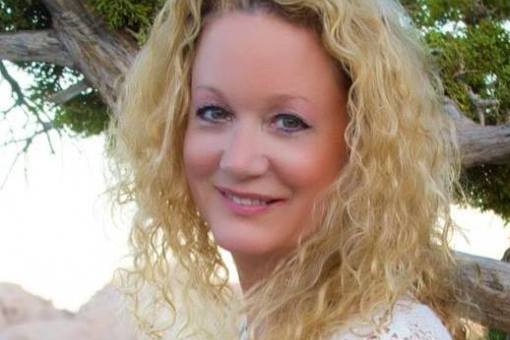 The following is from someone who claims to be a former insider of NXIVM. I cannot reveal the person’s identity but can confirm it is someone who was once inside NXIVM and it is not Barbara Bouchey.

By A Former Insider

Allison Mack is stuck in Raniere la la land. She’s had so-called deprogrammer and mental health evaluations and treatments.  She is still in love with Keith Raniere.

If anybody could deprogram Allison Mack, it is Barbara Bouchey.

They both love him but Barbara could tell Allie about Keith’s lying. I think Barbara would be best, better than Steve Hassan or Rick Ross – for Babs would resonate with Allison because she knows about Keith and the old inner circle – and they both love Keith.

Allison may have got a wake-up call with her arrest but she appears to go on sleeping.

Allison is thinking she will go to trial and look like the cute innocent blond and win the jury. Barbara used to be the cute blond for Keith. So they have that in common.

Allison, like Barbara, may not have known what was going on — I don’t mean polyamory – they both knew that. They don’t own Keith’s penis – even though he owned all their vaginas.

But I mean the lying. Allison needs evidence that Keith is a psycho, that Nancy and Lauren are weak-willed and have no backbone. Steve Hassan can’t provide that, but BB can.

Allison is more firm-willed – like Barbara. That’s another thing they have in common. Allie has willpower – when it comes down to it. She cheats on her diet but when it comes to being stand up she will stick to the man she loves.

Allison is not ready to flip.  But if the courts allowed Barbara to talk to her I think that would help her wake up.  They are both deeply in love with Keith but Barbara is not so blind she doesn’t know she’s in love with a destructive person. Allison doesn’t know it yet.

Barbara is crazy about Keith. She tempers it with a dose of self-preservation. Watching Babs on Megan Kelly one can see she is in love with him but SHE is NOT going to be destroyed anymore because of him.

She is loyal but smart enough to know that he is going to prison. He needs to go to prison to teach him a lesson. He was too big for his britches and has to curb his destructive, wild tendencies and realize that crime and vengeance don’t pay. He will be older too. Maybe he will calm down. He is 58. If he gets out when he is 65 maybe he will be less wild.

They could get back together. Barbara has money. She could support him like she did when they first got together. They could renew the love they had. Maybe they could even teach the tech again.

Barbara is the first to tell you don’t throw the baby out with the bathwater. The tech is good. She says it is transformational.

If the tech is good, and Keith was a genius who invented it but was bad then they need someone who is strongly moral to make sure it doesn’t go astray. Barbara is very good and very moral.

If Keith had made her Prefect instead of Nancy, none of this would have happened.  Barbara may want to teach ESP. Keith could be in the background and guide her. Allison, if she gets out, could join them.

When Barbara was with him, she shared him with 3 other women knowingly. She did not know about the other 9. But she was ok with 3. So maybe I’m being too optimistic but I could see Barbara thinking that Keith and Allison could get out in 7-10  years and Barbara could buy a nice house in Clifton Park and the three live together like Mariana, Pam and Keith did.

People like Lauren, Jim Del Negro, [Name redacted], and the others could help out. Kathy would be out.

They could rebuild NXIVM. It would be a happy ending to a lot of sorrow for everyone.