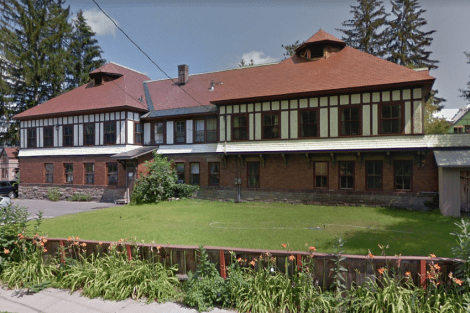 One of Frank Report’s most prolific commenters, Scott Johnson, has a recommendation for other readers concerned about the damage Keith Raniere and his ghouls – like Karen Abney and Christine Collins – might have on the reputation and safety of the Waldorf School of Saratoga Springs.
The fear is that NXIVM members might try to recruit children and parents into the cult that blackmails and brands women and whose founder – though now in jail – likes to rape teen girls.
Scott writes:
Frank,
FYI. I suggest your readers send similar emails [as the one below] to put pressure on these folks. It sure beats sitting back and chewing on the popcorn, like most of them do. Feel free to post on your website and encourage them to send their own emails. They are welcome to use the below as a starting point.
Regards,
Scott J
—– Forwarded Message —–
From: Scott Johnson <stoptheamwaytoolscam@yahoo.com>
To: finance@waldorfsaratoga.org <finance@waldorfsaratoga.org>; administration@waldorfsaratoga.org <administration@waldorfsaratoga.org>; admissions@waldorfsaratoga.org<admissions@waldorfsaratoga.org>
Sent: Saturday, September 22, 2018, 5:33:49 PM CDT
Subject: Raniere and NXIVM
Anne, Elisabeth, and Julie,
You’re getting a LOT of bad press: NXIVM problems at Waldorf School of Saratoga, A Tale of Two Women: Catherine Oxenberg’s birthday – and Sara Bronfman sued – both in Times Union today!, https://frankreport.com/2018/09/20/waldorf-school-of-saratoga-issued-letter-to-calm-parents-fears-about-children-of-nxivm-members-in-classes/ and have been for a long time: http://thewaldorfreview.blogspot.com/
By the way, the Frank Report website has been getting about a million hits/month, so it’s not some obscure website like the above Waldorf Review blog: Stats for Frank Report: more than 725,000 for May; More than 2.3 million in 2018 to date
The difference now is that the DOJ/FBI is now going after Keith Raniere and his Charles Manson-like followers. If you don’t totally and publicly reject Raniere, NXIVM, and everything they stand for, I don’t think it’s going to go well for your future business prospects.
Email me to discuss further. If you would like to discuss verbally, I use Skype and have a freeconferencecall.com number. Your choice.
Regards,
Scott “Tex” Johnson

Karl Bassett: Frank is using Kruek for clickbait like Raniere used her for cult bait
Former Insider: If anyone could, Barbara Bouchey could deprogram Allison Mack
Comment