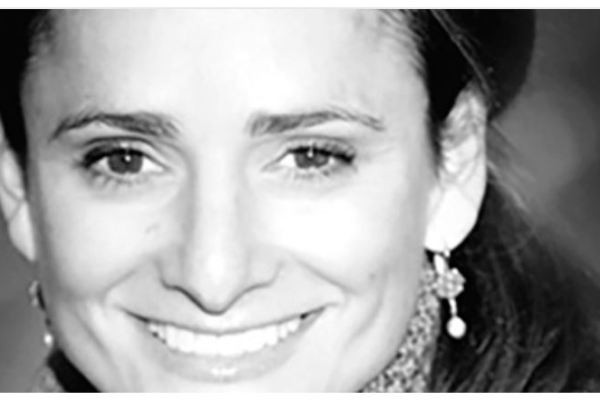 El Universal has published a story in Spanish on NXIVM, Keith Raniere and his partners in Mexico – Emiliano Salinas and Alejandro Betancourt.
Here is the English translation:

In the United States, the fall of Keith Raniere – the leader of a dismal self-help sect with a presence in several countries, including Mexico – has been in the news for months. It is not for nothing.

The supposed guru has been accused of serious charges, beginning with an elaborate scheme of systematized blackmail and several disgusting crimes, including sex trafficking.

The story has appeared in dozens of newspapers in the US, even in a long cover story in the New York Times Magazine.

I insist: it is not surprising. In addition to the charges Raniere is facing, the list of his alleged accomplices includes scandal-worthy names such as Allison Mack, a TV actress who was recruiting potential sex slaves for their leader, and Clare Bronfman, the heiress of the Seagram fortune and a patron of Raniere.

The cult leader has been in custody for six months and awaits trial while behind bars in Brooklyn.

Meanwhile, its victims have begun to tell their story. Actress Catherine Oxenberg, for example, has just published a book in which she narrates the painful process of liberating her daughter, India, who was part of Raniere’s sex slave cult.

It is a terrifying reading, similar to the great texts of denunciation of Scientology. In short, the collapse of Keith Raniere, his company NXIVM and his programs of supposed self-help, among them the so-called ESP, has become a news story and a huge shame for its creators.

In Mexico, the story has been different. Although Raniere has had several operation centers and companies, very few media have given the issue the attention it deserves.

Some time ago I published, in Letras Libres, the story of Ignite the Heart, a recruitment video disguised as a documentary that Raniere did in Mexico, tricking well-intended people, among them the producers of the lm and the Lebarón family leaders in Chihuahua, who were featured in the documentary.

The Univision News research team has published several excellent reports documenting Raniere’s links with the Salinas family, among other things. Carmen Aristegui’s team unveiled explosive recordings in which Emiliano Salinas, son of former president Salinas de Gortari, acknowledges knowing about the existence of Raniere’s group of alleged sexual slaves (who were marked as cattle with the initials of the leader) and then justifying their existence.

Still, the vast majority of radio and television news have preferred not to touch the subject. Some decided to compile exhaustive reports that they had prepared and others even chose to do interviews with Salinas…

The journalistic silence must have convinced the associates of Raniere in Mexico that it was possible to throw the garbage under the carpet. Emiliano Salinas and his partner, Alejandro Betancourt, announced, suddenly, and without further explanation, that they were separating themselves from ESP, the company they managed for years, under Raniere…

Other Mexican businessmen close to Raniere have resisted closing down their operations. The most notable case is that of a company called ANIMA Inc., dedicated to organizing massive shows. Although the website of the company no longer says so, ANIMA Inc. was founded a decade ago by Raniere, following its “humanitarian philosophy and concepts”. The main partner of Raniere in ANIMA, is the founder and artistic director of the company, Alejandra González Anaya, sister of the Secretary of the Treasury.
Mrs. González Anaya has also participated in ESP, the Raniere self-help group, as well as Esteban González, an ANIMA executive.
The contacts within the highest spheres of Mexican politics paid off to Raniere and González Anaya.
In the last decade, his company organized several events of considerable magnitude, including the Day of the Dead Parade of 2017, at the hands of the Ministry of Tourism, at a time when the accusations against Raniere were already appearing on the pages of some newspapers in the US.

The time will come, in which the managers of the Sectur will have to explain why they granted contracts to that company when it was evident that the man who founded was not, let’s say, in an elegant way, to trust.

2018 is another matter. It turns out that ANIMA has continued in operation, working with private institutions and, apparently, with governmental assistance. An example: the Tec de Monterrey, Campus Guadalajara, closed an agreement to advise the Performing Arts students in Creative Industries. In the Tec (university from which I graduated) perhaps they have not learned of the links of ANIMA with a man like Raniere. It would be good if they did it.

It would also be desirable that Tourism, led by Enrique De la Madrid, reveal the extent of its links with the company (especially when several reports have indicated the participation, in the self-help group of Raniere in Mexico, of Federico and Fabiola De La Madrid, brother and sister-in-law of the secretary).

ANIMA was, for example, the official collaborator in Una Probadita de México, a promotion event at the World Cup in Russia, organized, among others, by Sagarpa and Sectur.

Needless to say, when the party in Russia happened, Keith Raniere had already been accused of endless atrocities.

Anyway. The Day of the Dead Parade is approaching in Mexico City. The call for volunteers is open.

It would be regrettable to see that one of the most beautiful and solemn celebrations is linked to a company created by a man accused of enslaving women sexually to mark them as their property. It would be very sad indeed. Hopefully that won’t happen.