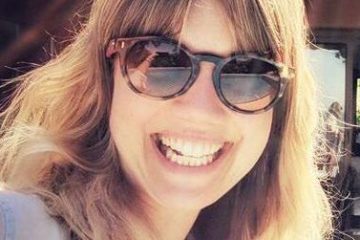 Shadow State 1958 wrote me today.
Frank:
While Nicki Clyne has stopped posting new photos and Tweets on her social media, she has continued “Liking” other Tweets.
As recently as September 18th she liked a Tweet on her Nicki ClyneVerified account @nickiclyne
Clyne’s Twitter ‘Likes’ give a snapshot of her mind and what she thinks about this case.
Recent Tweets Liked by Nicki Clyne.

“Prosecutors have the ability to ruin lives in a second.” @iamjohnoliver on @LastWeekTonight, watch: https://bit.ly/2KwHg6C

2.)Scott Hechinger?Verified account@ScottHechSep 15
I wish if news outlets were going to use the word “alleged” & claim to care about presumption of innocence, they’d give my clients the courtesy of not assuming their guilt through loaded name calling, & other salacious words to describe an accusation. He doesn’t deserve this.
Here is a link to Nicki Clyne’s Twitter Like page that has been used as recently as September 18th.
https://twitter.com/nickiclyne/likes
What can we deduce from these two very recent likes by Ms. Clyne?
The first Tweet shows that Clyne thinks her spouse [Allison Mack] and NXIVM friends are being unfairly persecuted by out of control prosecutors.
The second Tweet shows that Clyne thinks the media is biased against NXIVM and her friends.

From these ‘liked’ Tweets by Nicki Clyne, what can we predict?

Nicki Clyne will NOT flip and testify for the prosecution.  Indeed Clyne loves her spouse and her NXIVM friends too much to flip and testify for the prosecution.
Mary, Mary is wrong when she claims that Nicki Clyne is the most flippable DOS slave.  Nicki Clyne will not flip at all.  She is the least flippable DOS slave.  Moreover, Clyne profoundly loves her spouse.
From the summer of 2017, it appears that Clyne was deeply concerned for her spouse, Allison Mack, who is the one person,  other than Raniere, most vulnerable to legal jeopardy from the sex trafficking charges.

Click here to post a comment
FBI sifting through seized documents and videos – hampered by some 75 Bronfman-Raniere-Salzman attorneys where privilege has been invoked!
Frank Parlato praised for NXIVM breakup by Catherine Oxenberg