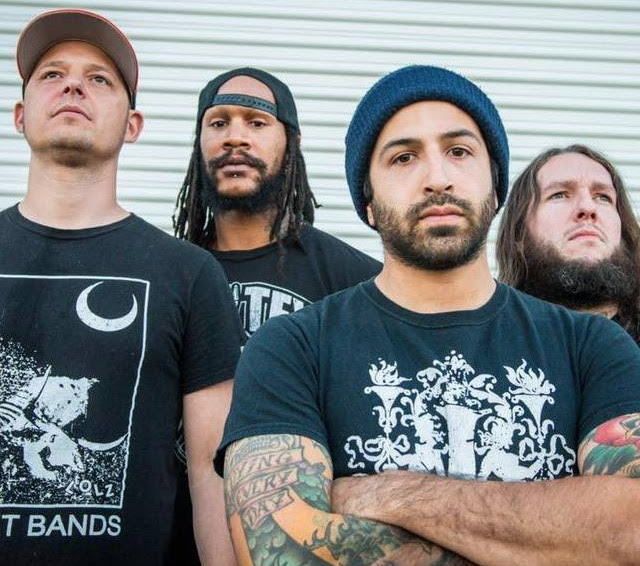 Decibel Magazine calls Palm Reader, “one of the most blistering takes on sludge metal we’ve ever heard,” streams the new EP as the band supports it on tour and plans for new 2019 full-length.

Having toured relentlessly with massive acts like Sepultura, Crowbar, Hatebreed,36Crazyfists and Napalm Death in support of their first two records, Defeat (2009, Ironclad/Metal Blade) and The Road Will End (2013, Candlelight), not to mention successfully crowdfunding their way to obliterate stages across Europe, this band is overdue for an epic return.

Ahead of their long-awaited new album, A4A deliver Palm Reader, a crushing 4-song EP that re-establishes and re-energizes their blend of jugular-smashing sludge and dextrous forays into deathcore, haunting melodicism, and even post-metal.

Says their official bio:  “They don’t play dress-up and they don’t turn down. They just play crushing songs that go from slow to slower, from muck to mire, from mosh to circle-pit. And sometimes they’ll make a left turn and end up at epic. Simply put, it’s rock ‘n’ roll music tuned way down and pissed way off.”

Palm Reader releases digitally on September 28th, with physical formats to follow and touring under way through October alone and as support for The Lion’s Daughter.