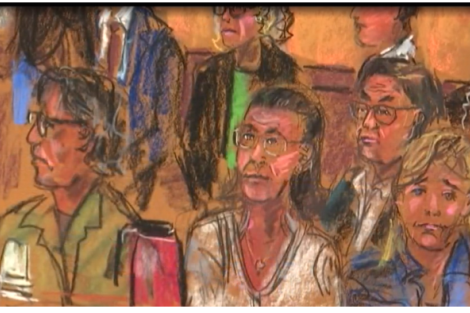 It makes me believe in karma.

Clare Bronfman – the lady who spent so much money to put her enemies in prison – has just retained two more lawyers to help keep her out of prison.

Alexandra A.E. Shapiro and Fabien Manohar Thayamballi, both with the law firm of Shapiro Arato ,have filed notices of appearances in federal court.

This brings the number of lawyers for Clare up to eight, which surpasses Keith Raniere who has a mere 6.

Alexandra Shapiro, who is a co-founder of the firm, specializes in appeals.

According to her website, “Alexandra is an experienced trial lawyer and has also argued numerous appeals in federal and state appellate courts, including the Supreme Court of the United States.  She regularly argues in the Second Circuit on …. [among others] tax fraud…

“Prior to co-founding Shapiro Arato LLP in 2009, Alexandra was a partner of Latham & Watkins LLP [Bob Crockett’s old firm], and before that, an Assistant U.S. Attorney in the Southern District of New York, where she also served as Deputy Chief Appellate Attorney. In addition, she served as an attorney-adviser in the Office of Legal Counsel of the U.S. Department of Justice.”

So here we have a lawyer who is very well connected with the courts and the DOJ and an expert in appeals.  Bringing her on board early is a smart move for a defendant who can afford the best legal representation. Shapiro can keep an alert eye for grounds for an appeal – something almost sure to happen if the case runs its course and Clare is convicted at trial.

The hiring of Alexandra is also a stark reminder of how justice is not equal for all defendants in America. And that money buys at least some justice. This is something that Clare and Keith Raniere used to their advantage in several dozen lawsuits over more than a dozen years – when they were on the offensive.

Clare’s other new attorney is a young man. Like Alexandra, Fabien’s practice focuses on appellate advocacy, as well as white-collar criminal defense.  He joined Shapiro Arato LLP in October 2015 [just about the time Raniere started branding women]. This Yale graduate clerked for two federal judges and worked as an associate at Morrison & Foerster LLP.

It’s funny, the government revealed in recent filings concerning discovery that Clare had 42 lawyers in her litigation heyday and Raniere had 26 [poor Nancy Salzman had only 7] that they identified for attorney-client privilege issues.  That’s a total of 75 lawyers in the Bronfman-Raniere ruthless bullying ‘terrorist’ litigation days.

Now, we are only into month six of the criminal defense phase of the Bronfman-Raniere world of law and retribution – and we are already up to 27 lawyers!

And as the lawyers say – perhaps with a wink and a nod –“Viva Executive Success!”

Here is the latest list of lawyers [subject to more additions on a moment’s notice]: