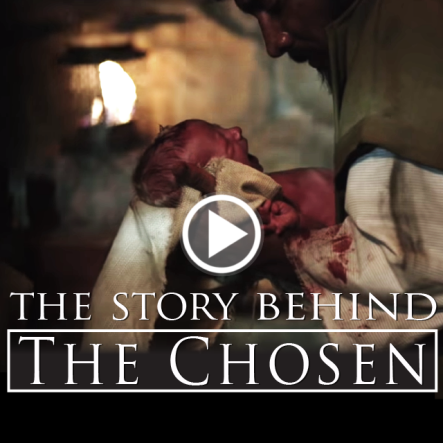 (Los Angeles—September 26, 2018) VidAngel, the market-leading entertainment company celebrated for offering parents technology empowering families to skip and mute unacceptable scenes on Netflix, Amazon Prime, HBO, Roku, Apple TV, and Fire TV, and for its original, family-friendly content created through VidAngel Studios, is announcing another milestone in its bid to become the #1 provider of premium, brand safe content for the 52 million-strong U.S. values audience. The Chosen, the first original scripted series to be distributed by VidAngel, has now officially been given the green-light to film the first four episodes, which will begin in November outside of Dallas, TX.

“There’s been such anticipation, and we’re so eager to get started, we decided to film the first four episodes while we continue to raise money to complete season one. While filming, we’ll be releasing daily updates so people can be informed and continue to spread the word,” said Dallas Jenkins, Director of The Chosen. “And I can’t wait to get to Texas–we found a great location, and the people in Texas ”

The Chosen—the very first multi-season series about the life of Jesus, is directed by Dallas Jenkins, and is the #3 most-funded project in crowdfunding history. The project is now positioned to unseat Mystery Science Theater 3000  as the #1 crowdfunded entertainment property.  In late 2017, The Chosen Productions, partnering with distributor VidAngel, released a concept pilot in social media to gauge potential public interest in The Chosen. The pilot has been viewed 15 million times in 10 languages around the world. Directed by Dallas Jenkins (WHAT IF?, MIDNIGHT CLEAR, THE RESURRECTION OF GAVIN STONE), the series seeks to raise $13MM in total investment to create Season One.

?       The Chosen’s pilot episode can be viewed on YouTube here:https://youtu.be/YLUemFYq4PM

?       Bob Waliszewski, Focus on the Family’s Plugged In