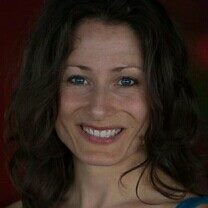 Despite a report in the Daily Mail suggesting otherwise, Danielle Roberts D.O. has not been cleared by New York State Department of Health’s Office of Professional Medical Conduct for her role in the branding of women for DOS.

As a matter of fact – she has been neither cleared, nor charged.  According to a source with knowledge of the matter, the matter is still under review.

Here are the facts: In New York State, complaints against medical doctors, once they are formalized, become public – and are posted on the website of the DOH Office of Professional Medical Conduct.

For instance, the formal complaint against Dr. Brandon Porter is online and can be viewed here.

Dr. Porter, as readers know, is accused of several misconduct offenses  – not the least of which is his conducting of human fright experiments on about 100 young women.

No official complaint has apparently been filed against Dr. Roberts – which is why her name is not listed on the database of doctors facing disciplinary action.

She has not been cleared for the simple reason that has she has not yet been charged.

Conversely, Dr. Porter stands charged – and it remains to be seen whether he will be cleared and, if not, what disciplinary action will be taken concerning his license to practice medicine.

Keep in mind that this is not a criminal matter but rather concerns the licensing of the doctor in question. If criminal conduct is suspected, the DOH can refer the matter to the NYS Attorney General for investigation.

My source did reveal that the matter of Dr. Roberts is under investigation and it is not clear whether or not formal charges will be leveled against her.  It seems that for her role in branding women, Dr. Roberts was acting outside the scope of her medical licensing – that is she did not need a medical license to brand women, no more so than one needs to be a physician to administer tattoos.

In this respect, Dr. Roberts is, it seems, likely to be cleared – at least as far as her keeping her license is concerned.

Another thing that is apparently being looked into by DOH is whether Roberts committed misconduct in her subsequent treating of some of the branded women for infections etc.

This seems like rather a long shot as grounds for the forfeiture of her medical license. I suspect a simple admonition letter would be the disciplinary action taken – if any.

While the Daily Mail may not have been dead-on right in their conclusion that Roberts has been cleared, on the other hand, it seems likely she will not be charged with professional misconduct.

This means she will likely be able to continue to practice medicine, attend expos to recruit women and perhaps if she’s brazen enough – or if Raniere should order it – brand some more women.

Clare Bronfman gets an extra 30 minutes of outdoor time per week
Dr. Roberts appearance at the Navel Expo should make it a crazy show
Comment