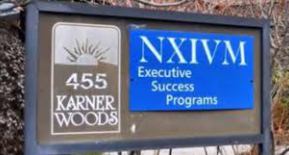 By An Ex -NXIVM Student
See part 1 for introduction

When I took the first intensive, I was living in a city with no ESP center, so my contact with the organisation was very limited.  After about a year, I moved (for work) to a city with an ESP center. My family lived in that city. So did Jane. We were still dating.

Three months after I moved, Jane convinced me to enroll in Ethos, the program in which you can take as many classes per day, as many days of the month as you desire (as a gym membership, as they like to tell you). It was during this time in which I learned the most about NXIVM and when I met more people involved in it.

The classes were taught by coaches (yellow sash) or proctors (orange sash) and I learned some new techniques and skills that i found helpful, especially at work. I got a new job with a much better position and almost twice the pay.

I was invited to volleyball nights, movie nights and to hang out in many events with people from ESP. The environment in general was always very relaxed, very friendly and people genuinely seemed to care about the well being of others.

I liked some people very much and I made good friends.

Now that I think about it, I had not noticed that many of the longtime members of ESP rarely interacted much with people outside of the organisation, that is why they had all those events throughout the week and when they interacted out of the ESP circle, they were always trying to recruit new members.

I also witnessed that the general maintenance of the ESP center was done by the coaches, who had to work certain number of hours a week (obviously with no pay) and also had to pay for their Ethos membership if they wanted to remain coaches.

Since I attended so many classes, I started to intuitively understand the EM (Exploration of Meaning) technology. I had many EMs done. To this day I cannot tell that any of them worked. ESP claims that through EMs you can address certain root causes of a behavior that you want to modify and therefore that behavior would be changed for ever. I was never able to do it. This is the core foundation in which ESP relies (that is why call the technology “Rational Inquiry”). My opinion is that that is non-sense and snake oil.

Some of the people I met were truly convinced that EMs worked and they would get them frequently. Those people also claimed that their behaviors had changed due to the EMs they had.

Once, during a class, one of the students did not agree with the content. After class a bunch of coaches (and perhaps a proctor) tried to convince the person to adopt the point of view that ESP had on such topic (intellectual property). I remember feeling weird that that many people were trying too hard to change the mindset of one individual. They tried several arguments and rationales.

During this time I first heard about Emiliano Salinas being a member of ESP. For the common Mexican, the Salinas family is viewed with much resentment since they did a lot of damage to the country. In ESP, Emiliano was spoken about as a semi-god. They only had positive things to say about him; people looked up to him; they praised him constantly and I got the feeling that they only did it because he is the son of an ex-president and a very influential person.

I felt the same way about Marc Vicente; everyone seemed to bow at him because he was a public figure.

At this point, I learned from a very trusted source within ESP that one of the proctors (orange sash) was making about US $15K – $20K per month.

For someone around 30 and living in Mexico, making US $20K a month (and without paying taxes… allegedly) was a huge sum of money.

I have to be honest and say that this motivated me to continue in ESP and to try to move up the ranks.
What if i could reach such levels?

Even if I was half successful, I would have a very comfortable lifestyle!

V-week was approaching and people started to behave frantically about it. They would tell stories about the previous years and how it was the best event of their lives.

They were preparing plays, dances, training for a triathlon and many other things.

I found it somehow odd that in the book Atlas Shrugged by Ayn Rand, the ‘productive people’ gathered once a year for 2 weeks to celebrate that they were (from their perspective) changing the world.

At this point I had read Atlas Shrugged and The Fountainhead (both by Ayn Rand) and I found that many concepts in ESP were taken from those books. The parallelism and resemblance with Scientology was also troubling.

As the date approached everyone was working very hard to get as many people to go to v-week as possible. The recruiting efforts and techniques were aggressive.

They were doing EMs to people to remove the disintegration that prevented them from attending V-week.