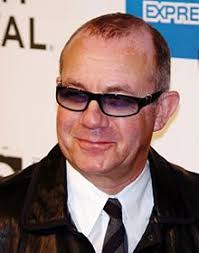 Legendary Songwriter and Famed Collaborator with Elton John:
Collection of Handwritten Lyrics to Some of the Greatest Pop Songs of All Time Take the Top of the Charts at Hard Rock Cafe New York

Los Angeles, California – (October 1, 2018) – Julien’s Auctions, the world-record breaking auction house, salutes one of the greatest songwriters of all time with

Born on May 22, 1950 in England’s rural county of Lincolnshire, Taupin demonstrated an early interest and talent for writing and poetry as a child. At 15, he left school and worked as a farm laborer and an apprentice printer for The Lincolnshire Standard. In 1967, he answered a “talent wanted” advertisement in the New Musical Express along with a 20-year-old unknown singer/pianist named Reginald Dwight who had also applied to the post. When the two met, Taupin gave him a stack of his lyrics. Reg, who would shortly after change his name to Elton John, began to write music to the lyrics andthus, began a lifelong songwriting partnership that forever changed their lives and pop music history. Their first hit together1970’s “Your Song” brought the duo international fame, subsequently making Bernie Taupin and Elton John household names.

The Taupin-John collaboration dominated the 1970s with a slew of number one andBillboard top 100 charting hits that included “Border Song,” “Tiny Dancer,” “Rocket Man,” “Mona Lisas And Mad Hatters,” “Daniel,” “Someone Saved My Life Tonight,” “The Bitch Is Back,” “Philadelphia Freedom,” “Sorry Seems To Be The Hardest Word,” “Crocodile Rock,” “Don’t Go Breaking My Heart,” (duet with Kiki Dee) and more. From 1970-76, the duo created an astonishing 14 albums including Elton John, Tumbleweed Connection, Madman Across The Water, Honky Chateau, Don’t Shoot Me I’m Only The Piano Player, Caribou, Captain Fantastic And The Brown Dirt Cowboy, which became the first album to enter the Billboard 100 at number one and the all time classic album Goodbye Yellow Brick Road which produced the smash hit singles “Candle In the Wind,” “Saturday Night’s Alright For Fighting,” “Bennie And The Jets,” and the record’s iconic self-titled track.

In 1978, Taupin co-wrote the album From the Inside with Alice Cooper and later found songwriting success with other artists. Starship’s 1985 hit song “We Built this City” and Heart’s number one 1986 hit “These Dreams” brought additional success to Taupin. The 1980s and 1990s produced more hits with Elton John including, 1982’s “Empty Garden (Hey Hey Johnny)” a salute to John Lennon, “I’m Still Standing,” “I Guess That’s Why They Call It The Blues,” “Sad Songs (Say So Much),” “Nikita,” “The One,” and more. (photo top left: Candle in the Wind 1997 lyrics)

In 1997, Taupin rewrote the lyrics of “Candle in the Wind” in tribute to Diana, Princess of Wales, which became the bestselling single in Billboard history and procured Elton John a Grammy® for Best Male Pop Vocal Performance for the song that year. In 2002, Willie Nelson and Kid Rock recorded Taupin’s “Last Stand in Open Country” and in 2003, Taupin’s song “Mendocino County Line,” recorded also by Nelson in a duet with Lee Ann Womack, won the Grammy for best vocal collaboration in country music. In 2006, Taupin won a Golden Globe for his lyrics to the song “A Love That Will Never Grow Old” from the film Brokeback Mountain.

In 1992, Taupin and John were inducted into the Songwriters Hall of Fame and later in 2013 were presented with the SHOF’s prestigious Johnny Mercer Award. In 1994, asElton John was inducted into the Rock And Roll Hall Of Fame he beckoned Taupin to the stage and proclaimed, “Without Bernie Taupin, there would be no Elton John” as hehanded Taupin his Hall of Fame trophy. (photo right: Taupin’s National steel guitar)

In 2013, the duo collaborated on their critically acclaimed 31st studio album, The Diving Board and their most recent studio album 2016’s Wonderful Crazy Night hit numbereight on the Billboard 200 album charts and number six in the U.K. Coinciding with the duo’s 50 years of songwriting partnership, their immense catalog of work was recentlycelebrated with the 2018 tribute albums Restoration and Revamp. Country and pop music artists including Lady Gaga, Mary J. Blige, Miranda Lambert, Little Big Town,Demi Lovato, Sam Smith and others covered many Taupin-John classic hits introducing a new audience demographic to their catalog. In addition to music, Taupin is a renowned visual artist whose mixed media, contemporary works have been shown in select galleries and art fairs across the United States. He is also the author of his autobiography, A Cradle of Halos, and a first collection of poetry, Devil at High Noon. A portion of the sale proceeds will benefit The Wounded Warrior Project and the Elton John AIDS Foundation.

“Bernie Taupin is one of the seminal songwriters of all time whose illustrious collaboration with Sir Elton John created some of pop music’s greatest treasures,” said Darren Julien, President/Chief Executive Officer of Julien’s Auctions.“Julien’s Auctions is honored to present this extraordinary auction event celebrating the creative genius of Bernie Taupin and his legacy as one of the most revered lyricists in music history.”

“As a story teller first and foremost, I’m grateful to have been able to share these stories with the world throughout my life,”said Bernie Taupin. “I hope that these items that have shaped my work and fueled my passions will inspire and give as muchjoy to others as they’ve given me.”

Highlights from the collection on offer include Taupin’s original, annotated lyrics to some of his classic creations (variousestimates) including “Candle in The Wind 1997” tribute to Princess Diana, typed sheets with alternate lines handwritten;original lyrics to “I’m Still Standing” from 1983’s Too Low For Zero; two handwritten sheets with additional unused lines – accompanied by a typed sheet of final version with corrections; “We Built This City,” sheets handwritten in blue ink on ruled yellow paper including additional unused lines; handwritten lyrics to “These Dreams,” “Nikita,” “Mendocino County Line,” “A Love that Will Never Grow Old” and from the album Captain Fantastic and the Brown Dirt Cowboy “Gotta Get a Meal Ticket,” “Better Off Dead,” “Tower of Babel” and from Tumbleweed Connection, original handwritten lyrics to “Ballad of a Well-Known Gun,” handwritten lyrics to “Empty Garden (Hey Hey Johnny)” and more.

The Personal Property of Bernie Taupin

REGISTERING TO BID
Registration is required to bid in this online auction and can be done in person at the exhibition, or online before the sale at the JuliensAuctions.com Registration page to bid by phone, proxy or in person, or online at JuliensLive.com to bid live online, or by calling (310) 836-1818.

PLACING BIDS
There are four ways to bid in this sale: