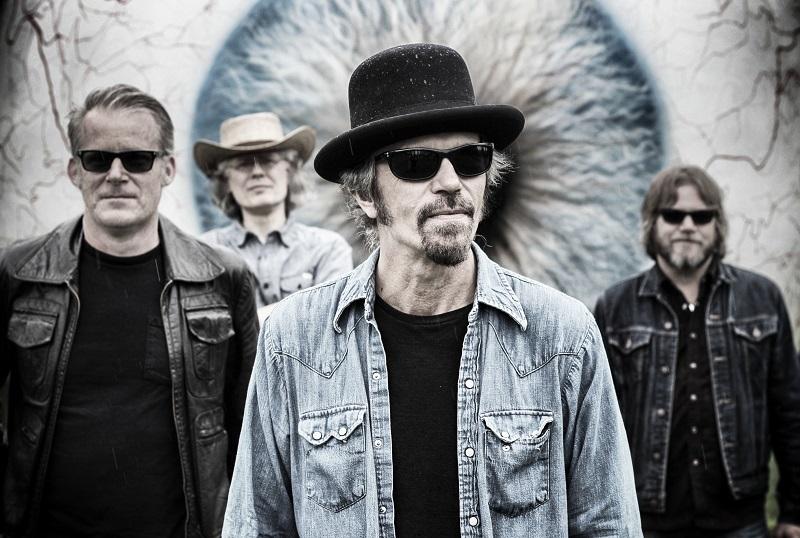 The Bottle Rockets will release their new album Bit Logic on October 12th and in support will be performing at Sportsmen’s Tavern on 10/13 (tickets/info). The forthcoming full-length is the St. Louis quartet’s first since 2015’s South Broadway Athletic Club. The band announced the album via Wide Open Country and are now debuting a new single “Highway 70 Blues” via Rolling Stone Country: https://www.rollingstone.com/music/music-country/bottle-rockets-new-song-highway-70-blues-721869/

And, William Elliott Whitmore just released his new album Kilonova and in support will be playing at Rec Room on 10/14 (tickets/info). The covers album is his first with Bloodshot and has received coverage from New Noise, Louder Than War, Americana UK and posited WEW for last night’s late-night appearance on Carson Daly.

Recorded in St. Louis at Sawhorse Studios, engineered by Mario Viele and produced by longtime studio collaborator Eric “Roscoe” Ambel (The Del-Lords, Steve Earle), the Bottle Rockets’ 13th album has them looking at their unique stylistic blend through a different lens. While one of the group’s earmarks is constructing blue-collar anthems, Bit Logic has the quartet focusing outside themselves, at how change and adaptation affects the bigger picture.

“We were not planning any kinda ‘theme’ to this album, but one kinda showed up,” said lead singer and guitarist Brian Henneman. “If it’s about anything at all, it’s an album about existing in this modern world. Trying to dodge depression and anger. These songs are views from the moments when you’re mostly succeeding at it.” Yet, to balance those times when success may seem just a breath out of reach, the album includes the infectious pop masterpiece “Maybe Tomorrow” which offers an optimistic and buoyant outlook on momentary failure.
William Elliott Whitmore

William Elliott Whitmore is a singer-songwriter/banjoist/guitarist/drum-stompin’ solo act from Lee County, Iowa. He has released six full-length albums that seamlessly meld country, blues, folk, and punk styles – spanning from 2003’s Hymns for the Hopeless (Southern Records) to 2015’s Radium Death (ANTI-). His songs are haunting, rustic, powerful, and real – byproducts of living his entire life on the family farm and being involved in the hardcore-punk scene in the local community. His seventh album Kilonova (2018) is different from everything else in his catalog.

Whitmore’s first long-form release on Bloodshot Records is a collection of 10 cover songs from artists who have influenced his 15 plus-year career. Each of the tunes offers a glimpse into how his attitude and aesthetic were formed, like a series of tattoos, scars, or other time-accumulated personal markings.

Kilonova takes on a variety of musical heroes, both obvious and not, both well known and not, in a range of sonic forms. In the stark a capella take on Dock Boggs’ 1920s old-timey hit “Country Blues” you can hear WEW at the pulpit, evangelizing the truth to his believers. The classic Harlan Howard country number “Busted” is updated with a swampy, bluesy version revealing a modern sort of despair and necessary perseverance. For those who find a similarity between Whitmore’s voice to that of Captain Beefheart or Tom Waits, his equally erratic, demented and raspy-baritoned cover of the former’s “Bat Chain Puller” is the perfect medicine.