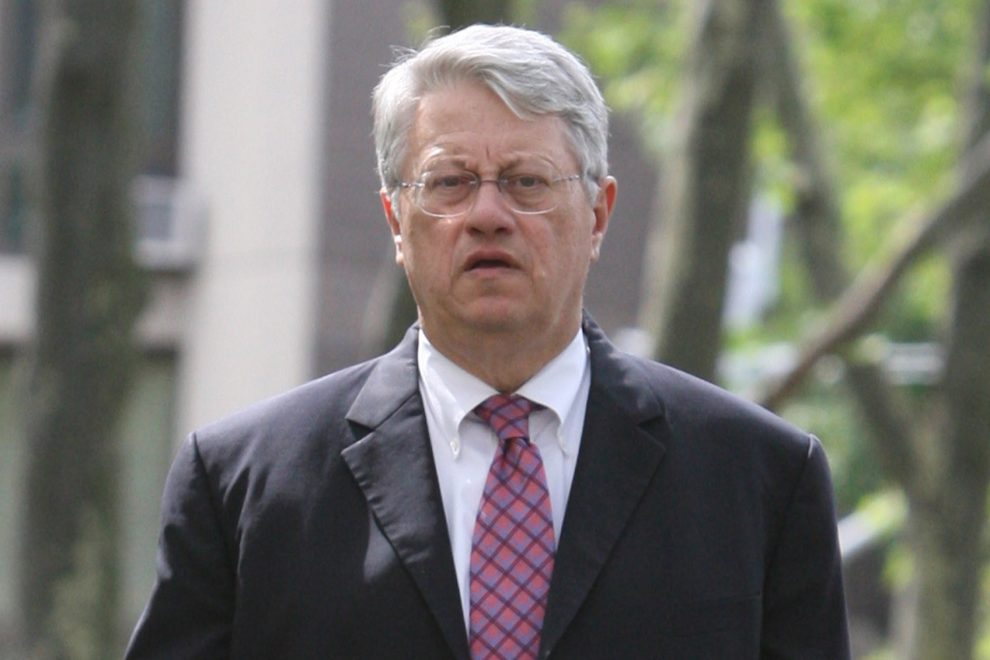 Today’s status conference in federal court in Brooklyn did not go well for Keith Raniere – or his high-priced NYC attorney, Marc Agnifilo.

The trial date was pushed back to March 2019. Trial was formerly set to begin in January but, as Frank Report correctly predicted, that date was a near impossibility and would be pushed back.

Defendants Keith Raniere, Allison Mack, Clare Bronfman, Lauren Salzman and Kathy Russell attended the hearing. Nancy Salzman was absent, it was said, due to recent surgery. However, it became apparent in court that Nancy is cooperating with the prosecution.

She may be the first to accept a plea deal – which means, despite her being one of the most culpable  criminals of NXIVM – she may have secured herself a nice seat on the prosecution’s bus.

Right now, Frank Report is giving even money that Nancy will do less time than NXIVM low-level fall gal Kathy Russell and a number of others not yet indicted who might be nabbed in the next superseding indictment – now estimated to come out sometime this year.

Raniere, 58, entered the courtroom in his brown prison garb with a smirk on his face.  He was wearing his prison issued black eye glasses and seems to have lost a little weight. His hair looked grayer than ever – leading at least one person familiar with the vanity of the Vanguard to opine that he must have formerly dyed his hair – something he cannot do in prison – which explains the sudden almost complete graying of the leader of NXIVM. He has been in custody for more than six months.

Raniere sat down at the defendants’ table amid the other defendants, almost directly across from a grim- aced Lauren Salzman. Like she did at the last hearing, Lauren refused to look at Raniere.  At one point – as Raniere seemed to be looking at her to get her attention, and it seemed as if her eyes almost strayed in his direction – she turned away, shifting her body position to avoid eye contact with the man who once promised her a lovely avatar baby.

Allison Mack, 35, also arrived to court as chipper as a clam – even laughing with lawyers before the hearing began. When the great one arrived, she did not look at him either.  He glanced in her direction several times, but Allison looked away from the man whose initials, alongside hers, have been branded into the pubic region of an estimated 150 women.

Even Clare Bronfman, 39, the sadistic monster who funded the evil cult, was markedly different than she was at the last court hearing. Last time, she looked adoringly at her Vanguard, smiling frequently at him like a teenager in love. This time she looked positively ghastly and grim  – much like she did when she was berating some illegal alien she contrived to falsify documents to get her into the country then force her to work for no pay doing menial services.

Bronfman – known also as Legatus – did not look at her Vanguard. This is strange indeed since it is she,  along with her sister, Sara Bronfman-Igtet, who are funding the battery of lawyers representing the cult leaders. It was a dark day in the history of NXIVM, for Legatus was not smiling adoringly at the man who brought her to where she is today.

One little lady however was brave and steadfast – it was pretty ballerina Kathy Russell, aged 60. She looked adoringly several times at her Vanguard.  She was the only one who showed the respect due to her leader.  For more than a decade she has been the designated fall girl for NXIVM and though a lowly bookkeeper, NXIVM top rank insisted she sign her name on many important documents. She seems ready to fulfill her role and take the fall for her ethical leader.

Today’s hearing started off harmoniously, it seemed, when assistant U.S. attorney Moira Penza told the the judge that her office has been working “effectively” with the defendants’ attorneys on discovery issues.  She then told the judge that all the defense attorneys agreed the trial should begin in March 2019.

This was a surprising occurrence and it rankled the judge.  At the last court hearing the defense attorneys seemed to have almost snubbed the judge when he asked them about the timing of the case.

This time, Judge Nicholas Garaufis scolded Raniere’s lawyer, Agnifilo – and the other lawyers – for remaining “silent” at the last hearing when he asked their thoughts about a timeline.  The judge said he was appalled that he received “stony silence” from NXIVM attorneys at last month’s hearing.

According to Radar Online’s Melissa Roberto, who was in court, the Judge said, “Someone please explain to me! The point is we went from one extreme to another. You all are trained on how to talk to judges. You just left me in silence. Don’t you ever dare do that again, ever!” Garaufis screamed. “If you want to have a relationship of trust and professionalism you have to be prepared to meet me halfway. I’ve done this 18 and a half years. No one has ever done this to me before. I’m not playing games with people. I left this courtroom having been basically ignored. When I ask you a question and you sit there and you don’t even answer my question it is unacceptable.”

Agnifilo rose to explain. In a soft and mellifluous voice – one such that butter perhaps would not melt in his mouth – while he was speaking – said, “We would never ignore your honor,” adding that all the defense attorneys “took the last court hearing very seriously.”

The judge referred to their behavior as what one would expect from children in “third grade.” He asked every NXIVM attorney the same question to make sure they were all in agreement.

Frank Report’s confidential source, who was at the hearing today reported, “At least a third of today’s hearing consisted of the judge yelling at the defense attorneys over what he characterized as ‘inappropriate and unacceptable’ behavior in his courtroom.

“The defense attorneys previously refused to exclude the time that they were going to be working with the magistrate judge and the prosecution from the Speedy Trial requirements – and they opposed the prosecution’s motion to designate this matter as a complex case. Now, a mere three weeks later, they come back and advise the court that they’ve agreed to a three-month delay for the start of the trial without any plausible explanation for their changed position.

“It looks to me like the judge thought that he’d been disrespected by the defense attorneys – and decided to pay them back in-kind. Things like this are usually handled in chambers rather than in a public courtroom setting – especially for a high-profile guy like Marc Agnifilo. So, the judge must be seriously pissed off – especially at Marc.

“Raniere knew right away that what happened today was very negative. He went from smirking to grimacing in an instant. I would not be surprised to see several ‘Notices of Appearance’ filed in the next few weeks as Raniere adds new lawyers to his defense team and maybe gets rid of some of his current lawyers.”

There appears to be indications that Nancy is cooperating with the prosecution. A source tells me that Nancy – though ill and in recovery – is nevertheless making gurgling noises that she describes as sounding not unlike the singing of a canary.

If Nancy is singing – the fate of the Vanguard looks bleak – for Nancy knows myriad crimes and, as a co conspirator, can provide the path to documentary evidence and corroborating witnesses.

If Prefect sings  – though she be not fat – this will be all over for Vanguard.

In addition, her daughter, Lauren, 41, not looking even sideways at Vanguard – the man who promised to impregnate her – as soon as she got rid of her disintegrations – and have that child who  would save the world – does not augur well.

Though Lauren may have to abandon the nursery and dreams of motherhood with her lord V – she, if she decides to tell all – may be saving herself decades in prison.

The mystery woman now is sinister Clare Bronfman. With $200 million or so in assets – she is a prize for government forfeiture.  Is her faith in Vanguard shaken? Will she continue to fund the defense when that first irrevocable trust for the lawyers is depleted?

In addition to the 27 lawyers identified in Frank Report, an informed source tells me the Bronfman trust is paying for several more lawyers for presently un-indicted NXIVM members and NXIVM witnesses.

The next status hearing is scheduled for December 6.

Frank Report predicts the March 2019 trial date will be postponed. My guess is that the earliest this trial will begin is October 2019 and more likely January 2020.  I base my prediction on the complexity of the case, the eventual caving of defendants and additional charges and new defendants the next superseding indictment will most likely bring.

He who has the most joy wins.