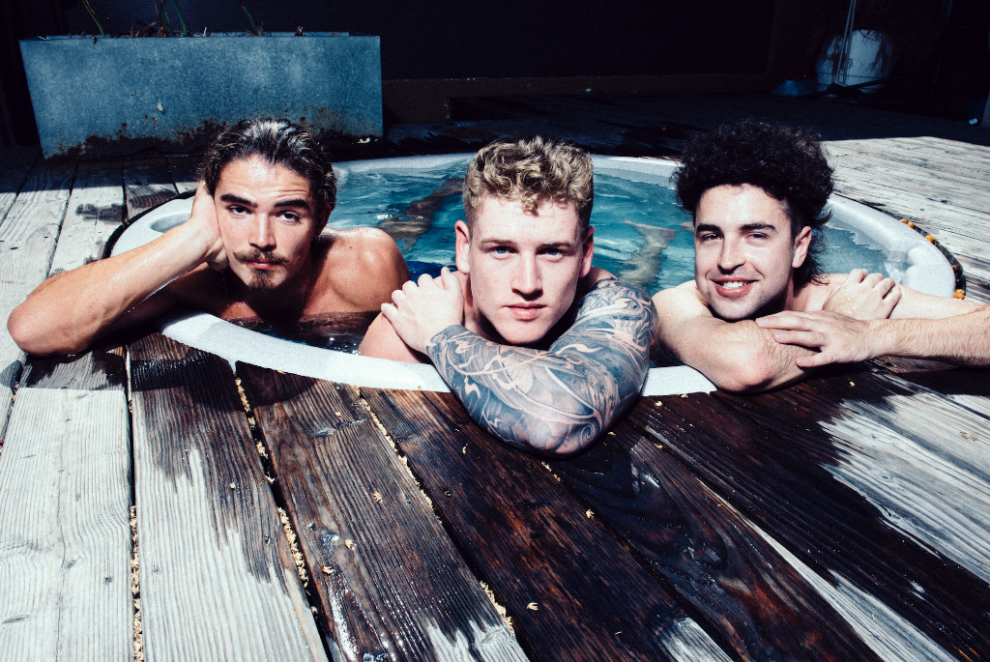 New Rise Records signees Arlington have shared another track from their upcoming debut album A Walk Through Jackson County, out October 26. The band and Alternative Press have teamed up to premiere the video for “Hollow Moon.”

Watch it here here and here.

“The song came out of me wanting to write this really punchy, early Arctic Monkeys-style pop song with fast-paced lyrics that told a story,” said singer/guitarist Tyler Benko. “Lyrically, it’s loosely about a single mother who considers prostitution as a means to support her family. We wanted the punchy and retro feel to be juxtaposed with the darker lyrical content. For us, the song feels important because of that juxtaposition. The entire album plays on the odd pairing of upbeat rock with darker lyrical and visual themes and ‘Hollow Moon’ is one of the best examples of that. The song is a really good representation of our band and our album as a whole.”

Arlington will embark on a fall tour with Hands Like Houses and Emarosa in November. All tour dates are below.

If you dig The Strokes and Led Zeppelin as much as you do Jack White and Alabama Shakes, then you’ll find yourself magnetically drawn to Arlington. The band effortlessly meshes modern and classic sounds — all the while exploring darker lyrical themes. The result is an alt rock sound wholly its own.

“The album is a representation of the way in which we take our classic influences in a new direction by perverting and twisting them in our own little way,” Arlington stated.

The members of the band have known one another since they were 15. In fact, vocalist/guitarist Tyler Benko and bassist/vocalist Channing Peake were in a different band together, with drummer Grant Whitson serving as their tour manager for a stint on Warped Tour. When that previous band split, Benko and Peake partnered with Whitson to form Arlington.