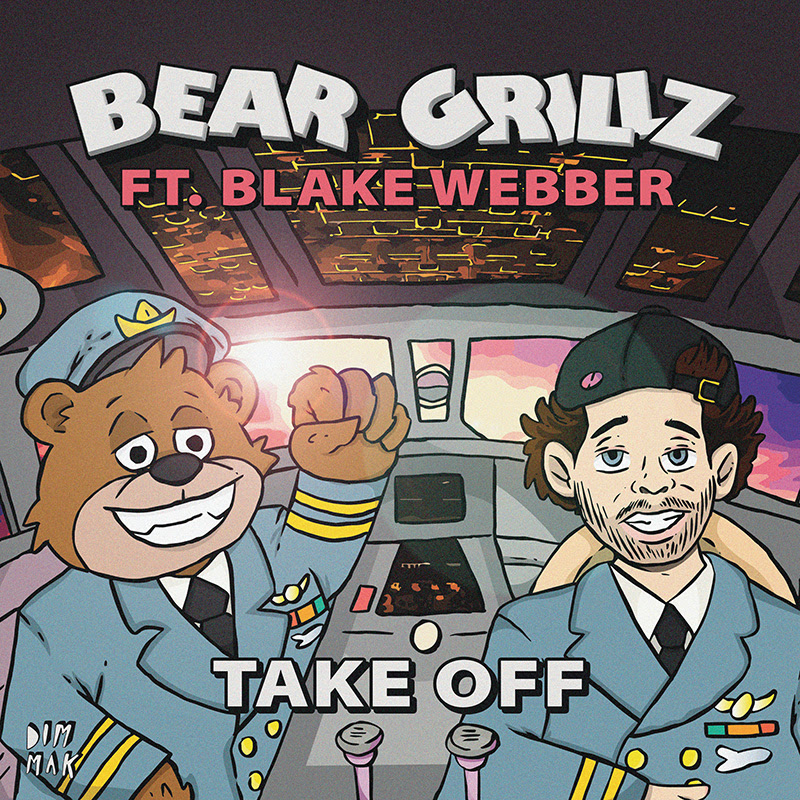 Coming off of a stacked summer, which included gigs at Dancefestopia, Lost Lands, Bass Canyon and HARD Summer, Bear Grillz releases “TAKE OFF” as he embarks on his fall TOO LOUD Tour. Starting this week in San Francisco, the tour takes him across North America with stops in Honolulu, Montreal, and Miami, before wrapping things up with a homestate show in Boulder, Colorado and a set at Dim Mak Neighborhood in Chicago. Fans can expect to hear “TAKE OFF,” “Too Loud,” and more heavy sounds featured on his forthcoming TOO LOUD EP.

See tour dates below, or visit this page for updated information.

About Bear Grillz
Bear Grillz, a Yosemite-born bear that stumbled upon a Macbook Pro while wandering the forest, released his debut EP, The High Grade, in 2013. Since then, the now Colorado-based artist has released seven EPs, one remix EP, and collabs with artists such as Sullivan King, Kompany, and P0gman. In addition to the massive collaborations and globally-recognized singles that he has put out, he has sold out headlining shows across North America, Europe and Australia. He has also landed spots on renowned festival lineups such as Hard Summer and Spring Awakening.