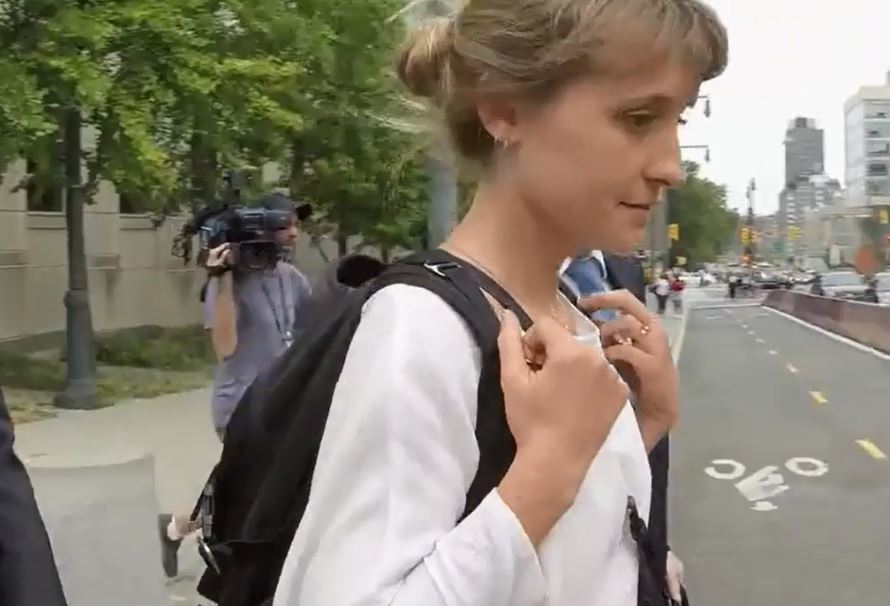 Thanks to our good friends at the Daily Mail – Frank Report readers have pictures to enjoy of four of the six defendants in the NXIVM case.

Vanguard and Prefect are both missing – Prefect because she is bed-ridden, recovering from recent surgery.  Raniere, who appeared in court, is in federal custody and no pictures are permitted of the august leader of the group called NXIVM.

Here are the group of defendants leaving court. None of them left together or walked together even though it is perfectly acceptable for them to be together in the presence of their attorneys.

All of the attorneys were rather roundly scolded in court by the judge for what he says was a serious breach of good behavior in their attitude toward him at the last hearing: 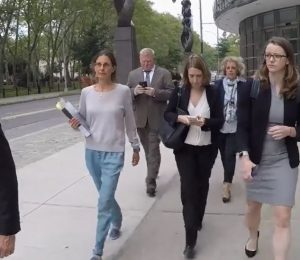 Dressed in fashionable baby blue pants, and a dullard grey shirt, Clare, weighing all of 90 pounds, walks with attorneys – the woman to the right of her is Kathleen Cassidy, at the rear is Susan Necheles. The two men are believed to be bodyguards, possibly former US Secret Service agents. 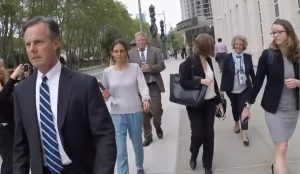 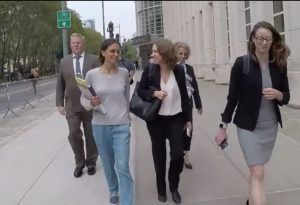 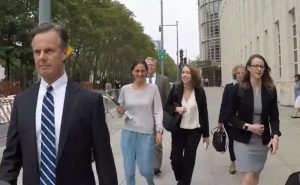 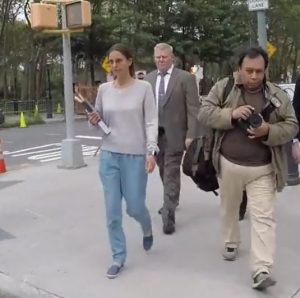 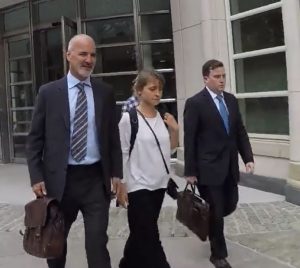 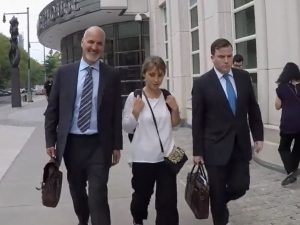 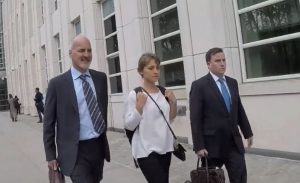 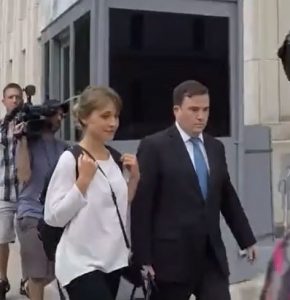 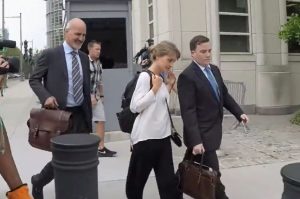 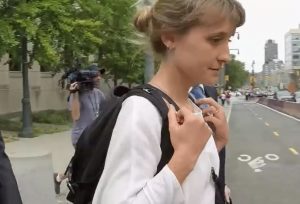 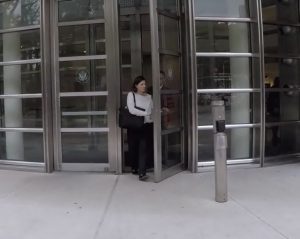 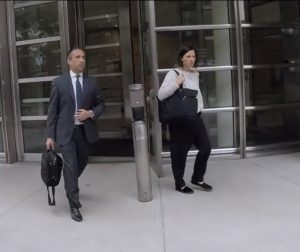 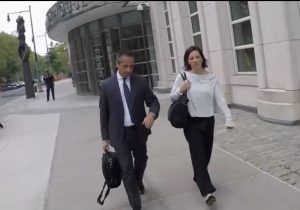 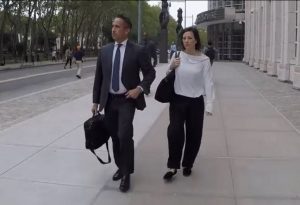 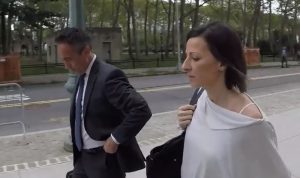 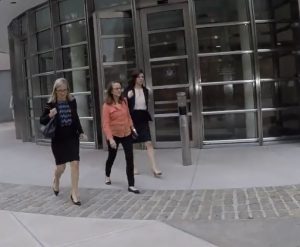 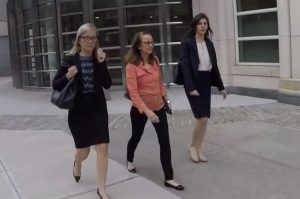 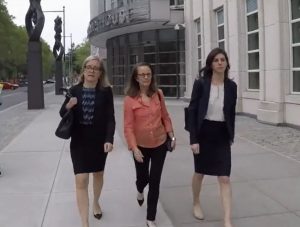 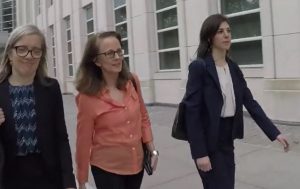 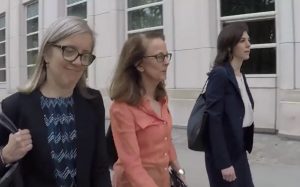 Click here to post a comment
NXIVM’S Legal Defense Team Loses A Member – The First Of Many Or Just An Anomaly?
Why was Judge Angry with Raniere’s Lawyer? New Filings Laid Out Revised Schedule Before Yesterday’s Status Conference