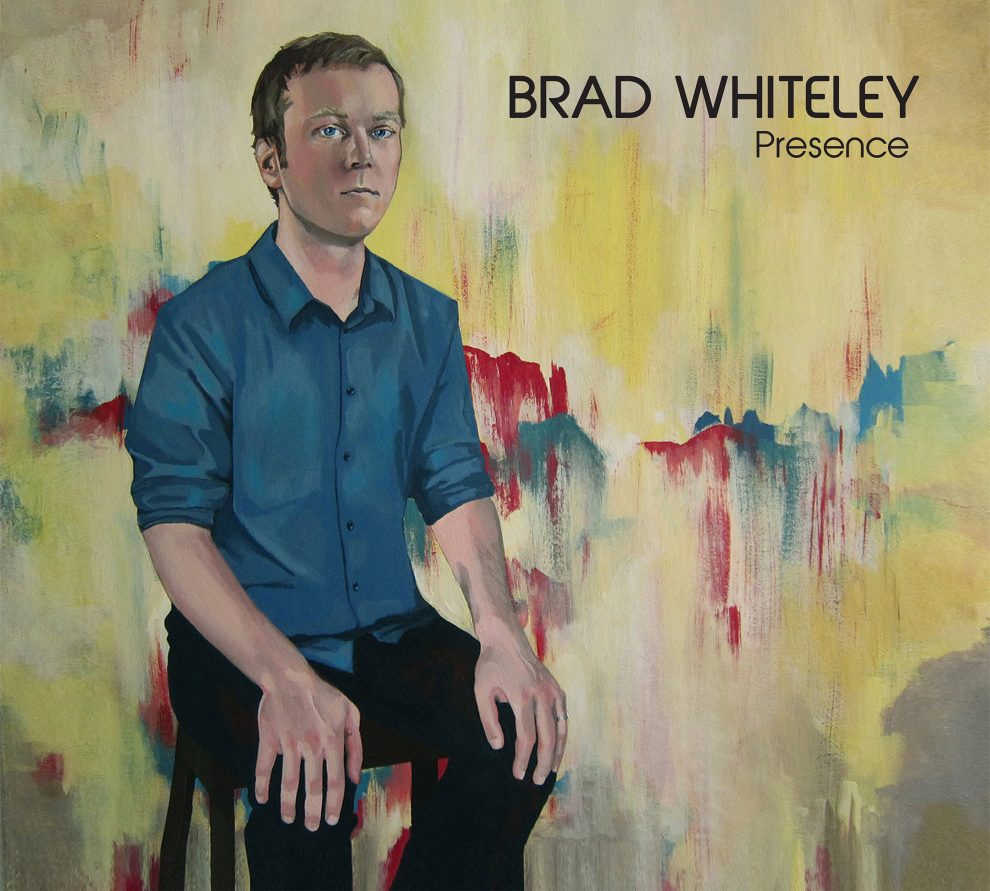 – DownBeat on Whiteley’s debut Destiny album, Pathless Land
Brad Whiteley has made a name for himself as a musician’s musician, a New Yorker who makes everything sound better – whether as the longstanding keyboardist in alt-pop star Regina Spektor’s group, as keyboardist in the pit band of Broadway musical Avenue Q, or as music director and organist for the Church of the Blessed Sacrament in the Bronx, not to mention playing keyboards or programming synths for recording sessions of every stripe. Above all, Whiteley – as pianist, composer and improviser – has the soul and touch of a jazz musician. For his debut album as a leader, Pathless Land, he earned a four-star review from DownBeat, with magazine also making the Destiny Records release an Editor’s Pick in June 2014 – dubbing Whiteley “an exciting young artist to watch.” Now, this ever-busy performer releases his sophomore Destiny album as a leader – the dynamic, melody-rich Presence – on October 5, 2018. Bringing 11 of his original compositions to vibrant life, the pianist-composer-producer leads a band of ace New York players: Michael Eaton (tenor saxophone), Tom Guarna (electric guitar), Matt Pavolka (double-bass), and Kenneth Salters (drums). Presence incorporates a world of influences into a warm, engaging whole, with Whiteley’s hook-filled writing and fluid pianism leading the way.

All About Jazz, praising the concision and accessibility of Whiteley’s music, has marveled at how “easy and enjoyable” his brand of jazz can be – qualities that continue on Presence, even with the pianist’s increasing ambitions as a composer and bandleader. Above all, Whiteley seeks to convey “the power of song.” He says: “That’s a lesson I learned on the road performing with Regina Spektor. Her band is like a small chamber ensemble, and even playing the material night after night around the world, I never tire of her songs, because they’re just so good. I’ve worked with a lot of singers now – not only Regina, but also Kellylee Evans, Ben l’Oncle Soul, workshops for a musical with David Byrne – and it’s all about the song, heightened by the performance. With Presence, I strived for the tunes to be as strong as possible, with the composed material on equal footing with the improvised parts. And I always play to the core of a song when improvising, thinking melodically and structurally. I also learned lessons about the power of song in my gig with the church in the Bronx – each number you play is an attempt to move people, spiritually and emotionally. That’s something I keep with me in whatever music I play.”

Whiteley’s jazz piano playing has been influenced by icons from Duke Ellington to McCoy Tyner and beyond, as well as by such players on today’s scene as Brad Mehldau and Edward Simon. Presence brims with tracks that are object lessons in alluring, melodic contemporary jazz (“Everything Changes,” “When We Met,” “Sunset Park”); there are flowing ballads (“Presence”) and rhythmic workouts (“Demagogue”). Other tunes draw subtly on such far-flung inspirations as the mysterious modern jazz nexus of Paul Bley/Carla Bley (“Dawn”), the sly tunefulness of John Lurie’s classic downtown band the Lounge Lizards (“A Dark Day”) and the catchy riffs of ’90s alt-rock (“Sinking Feeling”); then there are hints of motoric Krautrock (“Dusk”), vintage drum’n’bass (“The Unwinding”) and rollicking R&B (“K-Car Funk ’83”).

The artfully textured arrangements of Presence are tailor-made for the top-flight band, with the players having close connections. “Reflecting on the breadth of material I drew on for inspiration makes me realize how much I appreciate the group on the record,” Whiteley says. “Each player was great at adapting to the different styles and bringing his own approach to the tunes. I’ve known Michael Eaton for 16 years – we met at Indiana University. It’s special to have such a long musical relationship with a friend. He’s an amazing musician, who has huge ears and perfect pitch, as well as an open mind about music and the world. I love the guitar tones Tom Guarna produced for this record, and he fits in so well, from the free sections to his soaring solo on the title track. Matt Pavolka also sounds incredible – I love the way he grooves on all of these styles, from drum’n’bass to free to swing. Kenneth Salters, who also played on my first album, is one of my oldest friends in New York City, plus one of the best drummers I know. He makes it seem effortless, from complicated polyrhythms to straight-ahead grooving.”

The Presence sessions made for a virtual Destiny Records family affair, with Eaton, Salters and Guarna each having previously released albums as leaders via the label. As a sideman, Whiteley played on the Destiny albums by Eaton and Salters (not to mention releases from the label by guitarist Cameron Mizell and trumpeter Jon Crowley). Whiteley and company recorded Presence in the spacious, state-of-the-art A room at Avatar Studios (now the Power Station of BerkleeNYC), with the pianist producing and George Shalda engineering. “That room is like a temple for music – so many classic pop and jazz albums were recorded in that big space,” Whiteley says. “Working in that room added something extra special to the day. George captured the sounds incredibly well, so that each instrument sounds totally alive – plus his mix really breathes and has a nice stereo field. I feel lucky to have recorded in that space with George.”

The title of Presence stems from Whiteley creating the album while his wife was expecting. “The new ‘presence’ is here now, and she is going to be 2-years-old soon,” the pianist explains. “So, the title refers to having a child come into your world, but it also touches upon the idea of being present in the musical moment, even during the chaos and excitement of becoming a parent. Being fully present and genuine while writing, performing and collaborating with other musicians is what leads to the most meaningful music-making, it seems to me. That ideal of being present in the moment also extends to performing for people – I want to be aware of the audience and open to the people listening. After all, when it comes to music, listening is pretty much everything.”

Brooklyn-based pianist, organist and keyboardist Brad Whiteley has performed on stages from London’s Royal Albert Hall and the Sydney Opera House in Australia to New York’s Radio City Music Hall and the Greek in Los Angeles, not to mention such Manhattan jazz clubs as Smalls, the 55 Bar, Smoke, and the Jazz Gallery. He has been the keyboardist of the Regina Spektor Band since 2012, and he has worked with a wide range of other international artists, from jazz (saxophonist Dave Liebman and singer Kellylee Evans), pop (singer-songwriters David Byrne and Ben L’Oncle Soul), film (composer Alan Silvestri) and musical theater (performers Darius de Haas and Lena Hall). Whiteley released his debut jazz album as a leader, Pathless Land, via Destiny Records in 2014; the disc, which showcased him in trio settings on both piano and Hammond B-3 organ, earned praise in publications from DownBeat and All About Jazz to Jazz Weekly and Lucid Culture. He has also appeared on five other Destiny jazz albums as a sideman: Michael Eaton’s Individuation and Dialogical; Kenneth Salters’ Enter to Exit; Jon Crowley’s I Walk Amongst the Humans; and Cameron Mizell’s Negative Spaces.

Already a veteran performer on television, Whiteley has appeared on The Late Show with Stephen Colbert, Late Night with Jimmy Fallon, The Late Late Show with James Corden, The Colbert Report, The Late Show with David Letterman, The Tonight Show with Jay Leno, Good Morning America and CBS Saturday Morning. He also composed the music for, and appears in, the PBS Learning Matters show School Sleuth. Whiteley has been the music director and pipe organist of the Church of the Blessed Sacrament in the Bronx since 2010, and he has performed as keyboardist in the pit band of Avenue Q on Broadway since 2017. Born in 1980 and a native of Upstate New York, he received his master’s degree from the Indiana University School of Music and his bachelor’s degree from DePauw University, with further studies at the Mancini Institute, the Banff Centre and Aspen Music Festival.