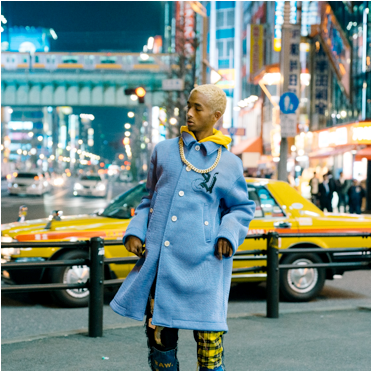 Get it HERE via MSFTS Music / Roc Nation / Republic Records.

Over a barrage of unpredictable electronic production, JADEN’S flow transitions from hyper-charged verses into the hypnotic and hard-hitting hook, “I feel like I’m GOKU.” Named after the hero of Dragonball-Z, the track veers in and out of thick percussion before storming towards this anthemic chant. This brash and bold banger moves at the frenetic breakneck pace of the anime with which it shares its name. If you close your eyes and listen, it’s as cinematic as it is catchy. It’s the perfect follow up to Jaden’s club banger, “GHOST”.