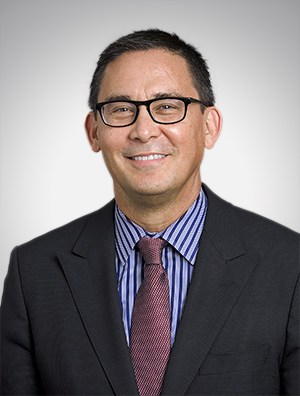 Buried in this week’s legal filings was a mysterious “Motion For Leave To Withdraw James L. Burke As Counsel Of Record” – which, once it’s granted, will reduce the horde of attorneys representing the NXIVM Six by one. As detailed in the motion that was filed earlier this week on behalf of Lauren Salzman, “Mr. Burke is no longer employed at the Arizona law firm of Quarles & Brady, LLP”.

Lauren will continue to be represented by two other members of the Quarles & Brady firm: Hector J. Diaz and Andrea S. Tazioli. And, as noted in the filing, “Mr. Burke is not asserting a retaining or charging lien” – which apparently means that he’s been paid-in-full for whatever legal services he rendered on behalf of Lauren.

No explanation was given concerning Mr. Burke’s departure from the Quarles & Brady law firm – but the firm’s website has been scrubbed clean of any mention of his name or reference to his work there.

While the departure of Mr. Burke will likely not have any impact on the overall case, it does raise some interesting questions. Such as:

– Is he related to Dennis K. Burke, the former U.S. Attorney for Arizona who was drummed out of his high-ranking government position in 2011 because of his involvement with the “Fast and Furious” gun-running program?

– Did James L. Burke leave the Quarles & Brady firm voluntarily – or was he forced out by the firm’s new Managing Partner Leonardo Loo, who took over in that position late last month (I guess Loo’s appointment and Burke’s departure could be a coincidence – but the timing is odd to say the very least)?

– Does Lauren’s newfound disregard for her former lover, master, and would-be baby daddy, Keith (I’m The Vanguard) Raniere, have something to do with James L. Burke’s departure (Lauren has almost thrown out her back as she’s contorted not to make eye contact with Raniere at the last two Status Conferences)?

– Is Clare Bronfman starting to trim back on the number of attorneys she’s willing to pay to represent her co-defendants plus all the other members of the cult who could be indicted in the near future?

Of course, anytime you think about how many attorneys are being employed in this case, you immediately start wondering why there are so many of them. And you also start wondering why only a few of them are filing all the motions – and raising issues on behalf of their clients?

To date, the prosecution has not raised any questions about the origins of the Trust Fund that is apparently being used to pay all the attorneys who are representing Raniere, Bronfman, Allison Mack, Lauren Salzman, Nancy Salzman, and Kathy Russell. Nor has it raised any questions about the propriety of that same Trust Fund being used to pay for other defense-related costs like private investigators and expert witnesses.

It is not known whether some or all of the NXIVM Six have entered into a Joint Defense Agreement. Such an agreement would, among other things, allow the attorneys who are representing the current defendants to share information and strategies without putting at risk any attorney/client privilege between them and their respective clients.

But even if there is such an agreement in place, one would have to assume that it doesn’t include the one defendant – Nancy Salzman – who has been described as “ready to take a plea deal” – and flip on the other defendants. And based on the body language of some of the defendants at this week’s Status Conference, it appears increasingly likely that there may be more than one such defendant getting ready to turn their back on Raniere.

In addition, a source tells me that a number of witnesses and potential defendants already have lawyers courtesy of Clare Bronfman. . Frank Report hopes to identify these shortly.