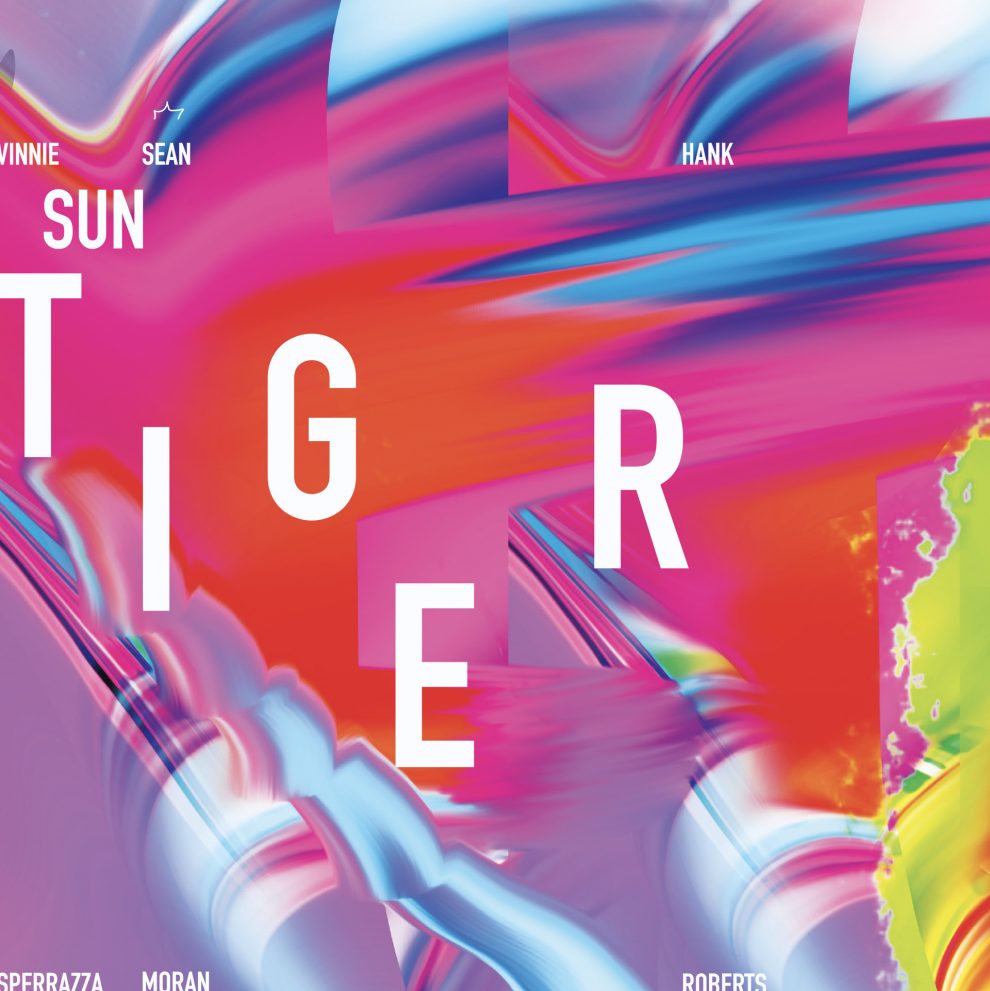 SUN TIGER plays the unpredictable and exuberant music of guitarist Sean Moran. On his first release as a leader for Skirl records his trio’s forays into improvisation are tempered with the imprint of jazz, 20th century rock guitar heroes, tuneful folklike melodies, metal undertones, and contemporary classical new music.

Hailed as “A forward thinking guitarist” (Chinen) by the NY Times, Sean Moran is a musician and composer based in Brooklyn, NY. He has performed at New York venues such as Lincoln Center, Celebrate Brooklyn, BAM, Roulette, and Symphony Space as well as playing in Japan, Europe, and throughout the U.S. His music has been featured on WNYC’s “Soundcheck” and “Spinning on Air”, as well as at Merkin Concert Hall. He has recorded five albums with the chamber quartet The Four Bags, performs with the avante metal trio Bassoon (“one of the 15 best metal bands in NYC” – NY Observer), leads his own group Small Elephant, and plays with many other NYC based groups. “Sean Moran’s compositions and arrangements defy easy definitions or any labels; this is music of great imagination and intelligence, well worth exploring time and again for its creativity and the quality of the musicianship.” (Richard Kamins – Step Tempest)

Playing in a band with cello and drums has been a dream Moran has entertained since moving to New York city in 1999. A recent meeting with the cellist Hank Roberts, a musical hero and long time inspiration, seemed to compel the realization of this vision. The intuitive and virtuosic drummer Vinnie Sperrazza, a longtime friend and musical compatriot of Sean’s, joins in to complete the group.

The recording begins with “Suns”, a piece written for Sean’s two sons that begins with a joyous and hopeful theme in 5/4 that eventually devolves into a slow doom metal improv section representing a period of upheaval. After the turmoil subsides, we retrace our steps back to a place of hope and positivity.

“One for Lacy” gives a nod to the brilliant saxophonist Steve Lacy, who’s quirky melodies and succinct improvisation are compositional influences.

“Arc” is defined by Webster’s dictionary as “a part of the circumference of a circle or other curve.” This track mirrors that imagery by starting with a contrapuntal melody for the guitar and cello that evolves as the trio takes us somewhere related but very different, without ever returning to songs origins.

“Cheyenne” is dedicated to the memory of Sean’s father who had a great interest and fascination with the Native Americans who lived on the great plains, particularly those who settled in the Black Hills of South Dakota. Hank plays a thoughtful introduction, conjuring the spirits!

“Big Shoes” was composed during a brief period when Hank was Sean’s neighbor – his kids would notice Hank’s shoes in the hall and exclaim “Those are Big Shoes!”. The trio really stretches on this one.

“Eye Eye” has harmonies that are reminiscent of the Ellington/Strayhorn collaboration and gives some beautiful melodic respite after the preceding track.
The album closes with “Percival”, featuring the guitar slide work of Sean and some interesting rock influenced drumming from Vinnie Sperrazza.

Sean Moran knew that he was putting something special together when he formed SUN TIGER with Hank Roberts and Vinnie Sperrazza . On their first recording the trio shows their incredible capacity for fascinating, conversational group improvisation and unity of vision.