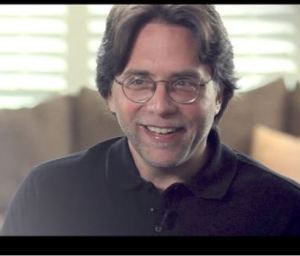 Part 4 I took Level 2 in Albany

In the time after I quit ESP, I did much thinking about my experience, the people I met, what I had learned, the time and money I had spent, etc..

My overall assessment of NXIVM, ESP, Keith Raniere and Nancy Salzman ranges from negative to very negative to horrendous.

I learned some things that were useful in my everyday life to this day.

Most of the people that I personally met who were heavily involved in NXIVM were always positive and seemed joyful and seem to care about the well being of others; however, I still have feelings of deception.

I will explain my assessment in the following points:

ESP is a Multi-Level Marketing Organization whose only focus is to recruit people to all NXIVM companies and to keep them enrolled for life taking the curriculum and activities that they design, at a very high economic cost.

All the content is designed exclusively by two individuals (Keith and Nancy) — in a regular company, there would be a design team or an R&D department.

If you want to grow within the organization, there is only one way: Recruit more people. The more people you recruit and maintain, the more you grow. Your other skills do not seem to matter.

People who are heavily involved in ESP rarely mingle with people outside of the organization (that is why they marry each other).

Keith is viewed as a mythical deity figure and people are not allowed to question him.

There is an extreme emphasis on secrecy. About the curriculum, content, people, events, etc…

The organization is always defensive from the ‘outside world’.

ESP has taken many, many tools and material from other methodologies and claims to be proprietary. The resemblance with Scientology is scary.

Many core and fundamental ideas are taken from a 2nd (or 3rd) level fiction writer – Ayn Rand.

Moving through the rank system all the way up is impossible.

Criticism within and from outside the organization is always ignored. Keith is right. Always.

They use the legal system as a tool to intimidate people who would disclose anything about NXIVM.

Keith seems not to care about members. He never visited Mexico until he was escaping from the US Justice.

The curriculum is heavily overpriced.

They use plenty of lies about Keith to recruit people in a blatant way. Their main talking point when recruiting is that Keith is the smartest person in the world. And that he only sleeps 4 hours every 2 days.

They are willing to do whatever is needed to reach their recruitment goals, like love-bombing people, do EMs, scorn people, etc…

I know this is very subjective but I always thought of Nancy as an evil person. There is something about her that I cannot define, but she feels not trustworthy nor sincere.

I learned some things and it helped me in a few ways but I could have gotten the same help and learned much more for far less money.

My advice: If you are still in, get out ASAP and never look back. If you know someone you care about and you want to help them, try to give them the facts. They will be way better off outside ESP…

Click here to post a comment
‘Squat, Hold ‘Em Up, Cough, Turn & Repeat’ – Vanguard’s schedule when he goes to court
NXIVM’S Legal Defense Team Loses A Member – The First Of Many Or Just An Anomaly?