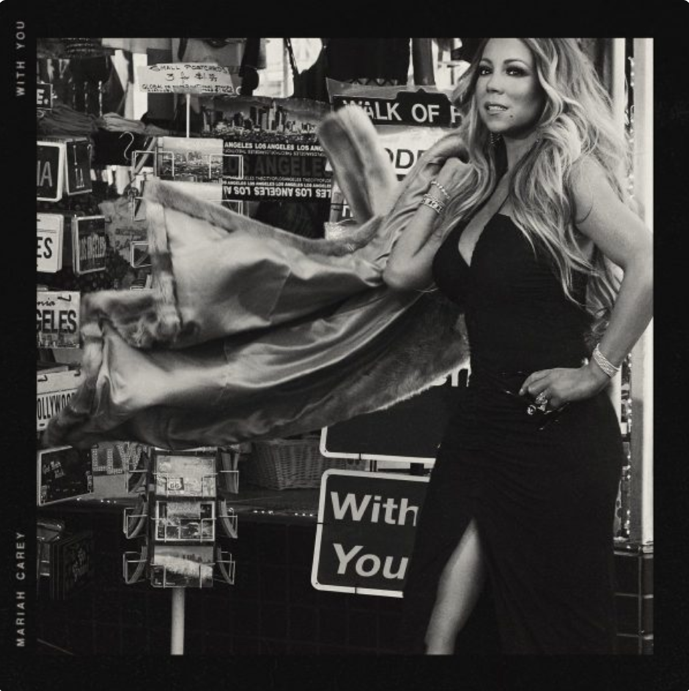 After building palpable anticipation for its arrival, the incomparable, multi-platinum, multiple Grammy award winning global superstar Mariah Carey (the best-selling female artist of all time with 18 Hot 100 #1 hits) unveils her brand new single“With You” today. Get it HERE via Epic Records.

Once again, she delivers a poignant, passionate, and powerhouse anthem carried by her instantly recognizable and unmistakable voice. Seductive, soulful, and show-stopping, her voice resounds with a spirit that transcends eras and genres, reaffirming her place among popular culture’s most influential forces on “With You.”

Underscored by rapturous production from DJ Mustard and shuddering piano keys, she reaches unmatched heights yet again with cinematic lyricism and those signature vocal runs only she can pull off. With the right dose of hip-hop attitude and classic R&B charisma, there’s nothing quite like “With You” in her catalog.

Mariah performs the song live for the first time at the American Music Awards on October 9 on ABC. Make sure to tune in for what promises to be an unforgettable performance!

“With You” follows the teaser track “GTFO,” which dropped just last month. It already surpassed 3.8 million Spotify streams and 3.6 million YouTube/VEVO views. Rolling Stone fittingly described it as “an understated new pop gem with a crystal clear message,” Elle called it “another sultry mid-tempo addition,” and People put it best, “a sultry track – on that perfectly embodies Carey’s ‘I don’t know her’ attitude.”

Both songs pave the way for the release of her mega-anticipated 15th full-length studio album and first since 2014—coming soon.

Be on the lookout for Carey’s boldest, brightest, and biggest record to date.

She’s back, and the game won’t be the same…