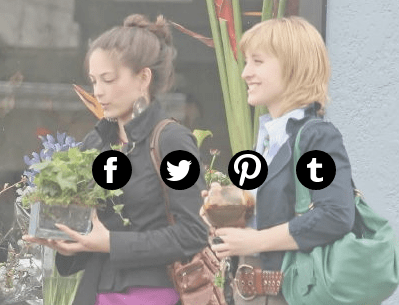 There are still quite a few who say Kristin Kreuk had little or no hand in recruiting people into NXIVM.

She was just – as her Twitter statement claims – a young student who just an Intensive and stuck around a few years knowing little about the inner workings of NXIVM.

In 2007, Kristin Kreuk, Allison Mack, and Nicki Clyne were trying to get college students to take an online survey.  The actresses said they were going to start up a special-for-college students’ website and network.

The survey was hosted at etholutions.com, a domain registered to Karen Unterreiner, one of Keith Raniere’s long-time confederates.

Today, the website is no longer active and the survey no longer available.  I also could not find it on Internet Archive [The Wayback Machine].

A video from 2007, features Kreuk and Mack – neither of whom went to college, promoting the online survey for college students – for the Unterreiner-owned website.

In a story in After Ellen published December 18, 2017, Smallville: Chloe and Lana give college students what they want , it was reported that “Kristin Kreuk and Allison Mack are …  about to go into business together on a website geared to college students. The two are teaming up with Edgemont‘s Sarah Edmondson and Battlestar Galactica’s Nicki Clyne for the project and have hit the interview circuit to talk it up. Only they won’t say exactly what the site is.

“‘A lot of stuff about the website is actually quite secret,” Mack told Buddy TV. ‘We want to keep our ideas close at hand so that we can really keep it unique and individual.’”
[Note: Edmondson has left NXIVM and denounced it. Mack and Clyne are still in NXIVM. Kreuk says she was kind of an outsider in NXIVM]
So what were the questions on the survey?

According to a 2008 story written by Chet Hardin for Metroland, Rick Ross was suspicious of the motives behind the survey right from the start.

Ross pointed to the survey that Clyne and Mack linked to “…from their official Web sites as an example of Raniere’s attempts to gather data on this demographic. Nearly each page of the online survey features a picture of Clyne, Mack, or Kreuk….”

Hardin wrote, “The survey is specifically geared toward college students. It asks more than a dozen questions regarding their purchasing, studying, and recreational habits. After a round of these questions, the survey moves on to more unusual questions, such as, ‘Would you swallow a glass of your own vomit for $100?’ The questions continue along in this vein, increasing the hypothetical monetary payout, and also the grossness factor: ‘What if it was dog vomit?’”

[How about running into a tree or drinking water from a puddle – or giving collateral or getting branded?]

In a December 2007  interview with TV.com, Mack and Kreuk promoted the survey hosted on Unterreiner’s website.  Here is what they said:

Allison Mack: Yeah, Kristin and myself, and an actress named Nicki Clyne from Battlestar Galactica and another actress named Sarah Edmonson; the four of us are designing something geared specifically towards college students. So we’ve created a survey that we are hoping to get as many college students as possible to participate in, and it’s just there for us to gather information about each of the different students across the United States so that we can really figure out a way to gear the Website we’re designing towards the college students in the most effective way.

Allison Mack: Yeah, so the survey that we designed is really fun and quirky, and we’re trying to get as many people to take it as possible so that we can get as much information as possible, so that we can be thorough when we’re building and designing our company.

Kristin Kreuk: And then if they fill it out, they can ask one of us a question and we’ll select a bunch of questions for us to answer, Allison and I, and Nikki and Sarah, so they can just submit that as well.

TV.com: What do you guys want to know most about the fans and the college students around this country?

Allison Mack: What are your interests, where do your values lie, what kinds of things do you spend your money on, what kinds of things do you spend your time doing, what do you want to see in the world, and how would you like to see that happen. [We’re] really just trying to get to know where college students are and where their brains are, and what it is that’s important to them right now. Because I think it’s really important to recognize how valuable and how effective college students are in the world. We’re really building communication in the community so that we can all work together to make the next generation the most exciting and productive and uplifting generation as possible.

TV.com: So is that pretty much what the final Website is going to be about? Sort of a resource for how college students can help out the world?

Kristin Kreuk: I think we’re sort of fleshing all of that out. And part of the survey is about gathering information so that we can figure that out in a more concrete way. But yeah, that is the basis of what the Web site is and what the Web site will have a lot to do with.

Allison Mack: … Kristin is probably more family than a friend. No, we’re very, very, very close and we’ve been through a lot together. And so I think it’s just this business venture is the next evolution of our friendship. I’m excited about it.

Kristin Kreuk: Me too.

TV.com: Is there anything else you guys want to tell us about the site, or anything you want to put out there?

Allison Mack: No, just check out my blog…

Kristin Kreuk: Yeah, and really, like, everyone fill out the survey. It’ll be a lot of fun and we can get as much information as we can and get something out there that everybody’s really excited about. I think that’d be really awesome.

***
There are those who say Kristin Kreuk had no hand in recruiting for NXIVM and she did not knowingly use her celebrity status to get people indoctrinated into the cult and, hence, has no need to say more about it.
It may be true but a college survey with questions about eating your own vomit is suspiciously Raniere-like and sounds like an attempt to attract a certain type of woman to enter the web of NXIVM.
[If anybody has the complete survey please send it along. I am sure it will be enlightening.]

Here is Kreuk’s statement in full:

When I was about 23, I took an Executive Success Programs/NXIVM “intensive,” what I understood to be a self-help/personal growth course that helped me handle my previous shyness, which is why I continued with the program. I left about five years ago and had minimal contact with those who were still involved. The accusations that I was in the “inner circle” or recruited women as “sex slaves” are blatantly false. During my time, I never experienced any illegal or nefarious activity. I am horrified and disgusted by what has come out about DOS. Thank you to all of the brave women who have come forward to share their stories and expose DOS; I can’t imagine how difficult this has been for you. I am deeply disturbed and embarrassed to have been associated with NXIVM. I hope that the investigation leads to justice for all of those affected.