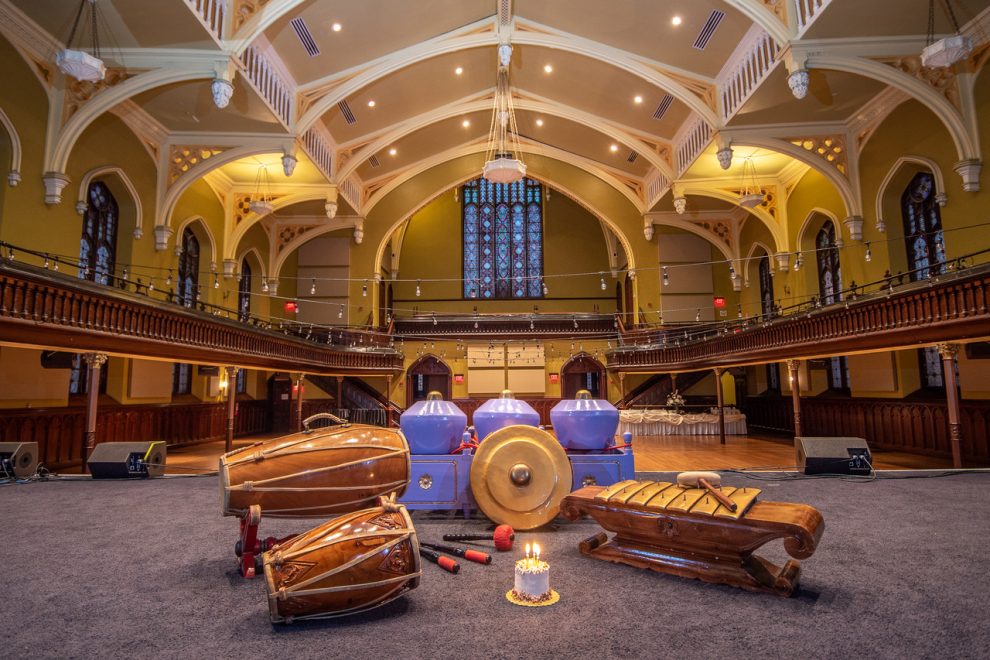 Buffalo Gamelan Club – Sari Raras Irama has been bringing people together and introducing them to Javanese music and culture since 2015. Come celebrate our three year anniversary with a fantastic performance in Asbury Hall. Gamelan is a music from Indonesia that contains an assortment of instruments including tuned metallic and wooden xylophones, gongs, hand drums, and strings. The music is ethereal, mesmerizing, and beautiful. Gamelan is one of the world’s unique art forms and Asbury Hall is the perfect setting to fully experience this extraordinary music.
Director Matt Dunning has developed a new klenengan program that showcases a variety of traditional Javanese music from the royal Mangkunegaran Palace in the city of Solo and the royal kraton in Yogyakarta. Buffalo Gamelan Club will be playing two sets with short intermission.

On 9/28/18 a major earthquake and tsunami hit central Sulawesi Island, Indonesia, devastating the area killing upwards of 2000 people. 25% of proceeds from the show to go towards the relief effort. Additional donations accepted at the performance.
Free pizza donated by Casa di Pizza.