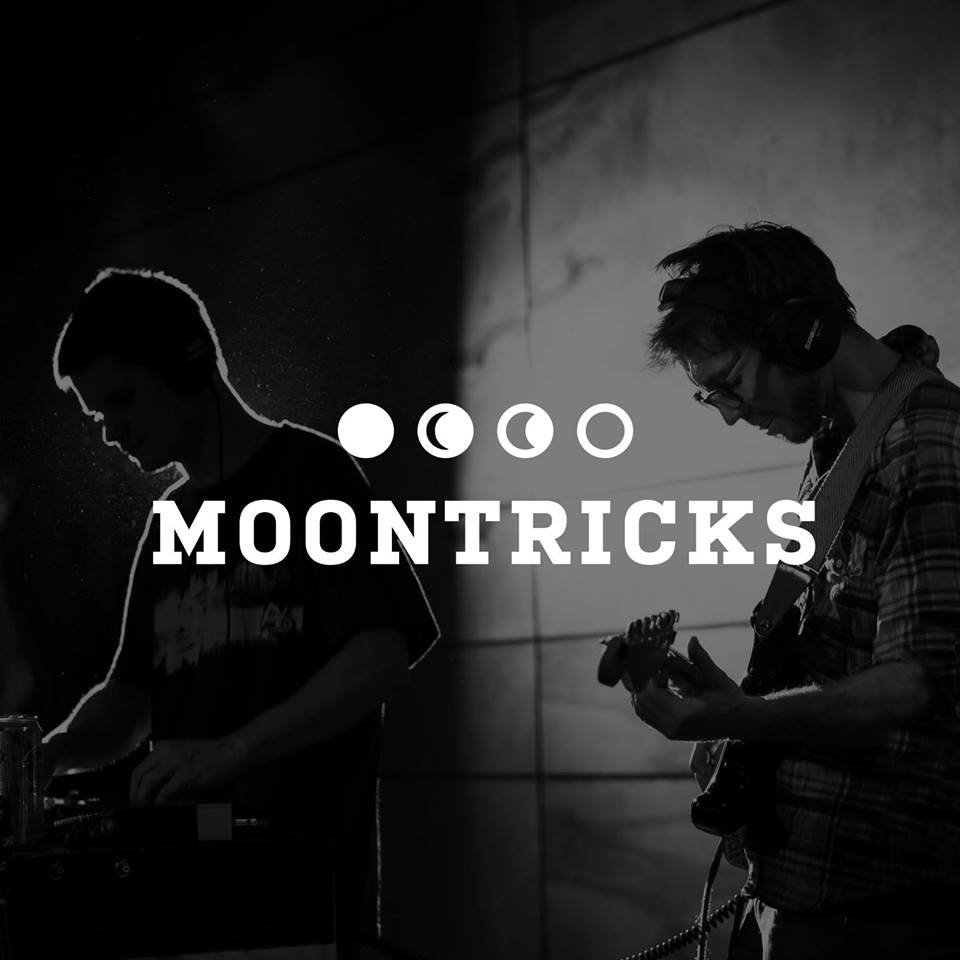 Nested in the Kootenay mountains of British Columbia, Canada, Moontricks captures the roots of their rugged home with the timbre of old soul.Their sound represents a cutting edge blend of folk and electronic, blues and soul, and features live guitar, banjo, keys, and vocals making them both a standout live act and studio act.

Moontricks will spend the majority of their fall date in support of Dirtwire (David Satori of Beats Antique, Evan Fraser of the Dogon Lights, and Mark Reveley of Sol Norda.) The duo has proven to be one of the best secret treasures in the festival and live show circuit. Known for their own original style of boot-stomping grassroots blues meets underground bass music, this catchy sound blends in unison creating a brand of folklore that has crowds ranting and raving throughout the west coast. Moontricks meshes together classic genres with modern cutting edge production. Their unique and distinct sound ensures an emotional and enthusiastically engaging musical experience. Every performance is richly unique to wherever their inspiration takes them and the crowd ignites in them, together, getting high on the vibes and lost in the music.

Offering local support for the evening is fusion four-piece, Cold Lazarus.  Since forming in Jamestown in 2017, the band has become known for their melded funk, psychedelic rock, reggae and soul blend highlighted by indie-style vocals and introspective lyrics. Cold Lazarus has opened in direct support of Mungion, Boss Tweed and the Carpetbaggers, Smackdab, Jim Donovan and the Sun King Warriors and LITZ. The band has also shared festival billing with Lotus, Aqueous, Papadosio, Dopapod, and fellow WNY artists Funktional Flow, Space Junk and fellow performer Cypher.

Also sharing the evening is Cypher, a high energy progressive rock based band blending elements of funk, psychedelia, electronica, progressive, and many other genres attempting to generate their own sound like no other band before. Cypher rounded out their summer with festival appearance including Disc Jam Music Festival, Night Lights Music Festival and the Whirly Bird Music Festival.

Music for the evening starts at 10pm.  Tickets are only $7 in advance and will be $9 Day of Show.  Tickets may be purchased in advance, online only at https://www.brownpapertickets.com/event/3620266. Nietzsche’s is located at 248 Allen Street in Buffalo.