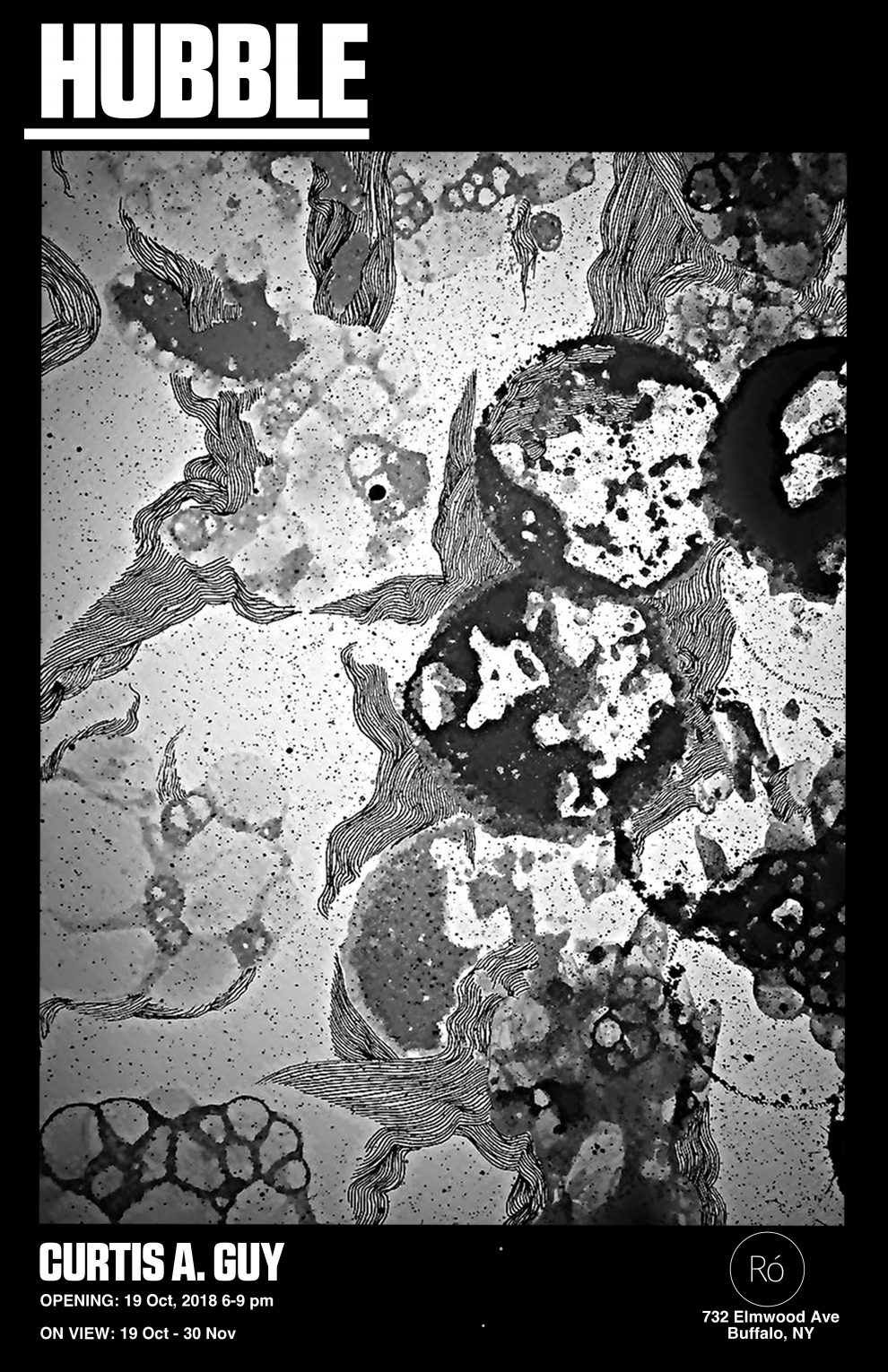 When asked to show my work at Ro I started my thinking with the idea of home and space so that the work fit the environment  it was being shown. While this was happening NPR ran a story about the birthday of the Hubble Telescope and suggested viewing the images at their website. The images were stunning and the idea of space and our home within it immediately came to mind. My initial thoughts focused on the micro version of home and space, where you lay your head at night, but the macro version of our place and home in the greater universe made just as much sense. All pieces are directly influenced by images from the Hubble Telescope with the idea of when the images are displayed in your home they will remind you of your place in the greater universe.

Curtis A. Guy is one of the core organizers at Sugar City where he has curated and organized numerous art/ creator exhibits including Fun-a-Day,  Artist Lottery and the Buffalo Zine Fair. Curtis A. Guy has had two previous solo exhibition, titled 1,000 Drawings on Index Cards and 20th Century, along with organizing several happenings including Mystery Tour and Ride the Metro Round, which featured participants riding the metro to view art, music and other performances in Buffalo’s subway stations.