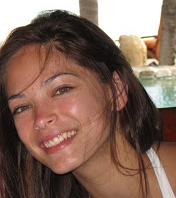 Guest View By: No Sympathy For The Vanguard

To all the Kristin Kreuk apologists: First of all, I like Kreuk and the Smallville cast. My wife and I had been watching Smallville with our kids and were a few seasons in when the NY Times article was published.

I remember when Kreuk posted the one and only comment she has made about NXIVM. I accepted it at face value then. She didn’t have to say anything about it and it would have been in line with all the others who have said nothing.

But the more research I did here on Frank Report (where I have read daily, but only recently started commenting) and I started stumbling across signs that Kruek’s message might have been misleading.

– Notice how she carefully stated that she was 23 when she joined but left 5 years ago. She knows people can google her age and see she was in for 7 years, but she knows the majority of the social media world wouldn’t check and it doesn’t sound as long when you word it that way.

– She goes on to say she took an ESP intensive and continued with the program, then she left. Since then she has had “minimal contact with those who were still involved.” So who is Kreuk still in touch with? What type of contact did she maintain?

– She goes on to deflect the accusations that were being made about her being in Raniere’s “inner circle” nor “recruited women as ‘sex slaves.” She didn’t deny recruiting people into NXIVM, which is part of her job as a coach and has been seen through her videos and involvement in various programs aimed at recruiting.

She’s only denying to being part of Raniere’s harem or recruiting women directly into it. She claims that “During my time, I never experienced any illegal or nefarious activity.” Maybe she didn’t. But it doesn’t seem likely — since she was part of the Necker Island visit. Even if she wasn’t part of the inner circle, she still used her star power to recruit and coach people into the cult, and some of them might have ended up deeper into the cult or worse — they were turned into sex slaves.

– She wraps it up with a message to those who were brave and exposed DOS… not EXP or NXIVM, she is singling DOS out as if that is the only thing that needed to be exposed. Sure, she says, she is “deeply disturbed and embarrassed to have been associated with NXIVM” and hopes for “justice for all those affected.”

Now if Kreuk wanted to clear her name, and bring justice to those affected, she could have continued by saying she would be happy to speak to law enforcement connected to the case and co-operate in any way she can. Say she doesn’t have any info that helps the trial, she would have truly cleared her name.

She could use her star power to lead the charge against NXIVM, encouraging others to leave the cult or testify against Raniere & Co. Instead, after that one comment, she refuses to answer any questions about NXIVM.

The truth is Kreuk was very close to the inner circle, with Mack, Clyne, Edmondson and the Bronfmans. All of who were part of the ‘inner circle’ and all DOS sex slaves. Sure DOS came around later, but the harem has always been there. She wasn’t just a member who took a few intensives and faded out, she was an active recruiter and coach.

Which brings me to the thing that interests me most. Why did Kreuk leave? After 7 years of intensives, recruiting, coaching, trips to Necker Island, etc… what brought her to decide to leave?

My bet is that not only is Kreuk trying to keep it from hurting her acting career, but maybe they have collateral on her and she’s not willing to risk it.