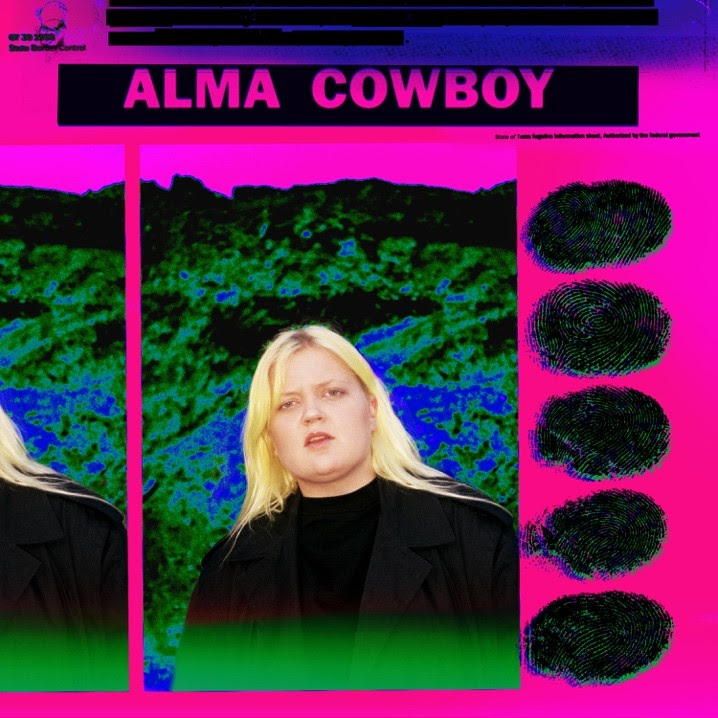 “Cowboy” is her most personal song to date. As ALMA describes: “When I first left my home town to write in LA I felt scared and small – like the world was way too big and for me.. it took me a long time to work out who I was and what I wanted to say. I was afraid to give away anything personal at first (us Finnish people are naturally very reserved) so it took a long time for me to understand my true identity and start getting it into my songs.  So it helped to create an alter ego – to be a Cowboy.”
Cowboy is about being bold.

Cowboy is about being unapologetically who you are.

Cowboy is about being raw and free.

Following her critically acclaimed EP “Dye My Hair”, smash singles “Chasing Highs” & “Phases” FT French Montana (including an exclusive Charli XCX directed video) and her 2018 mixtape “Heavy Rules”;ALMA has garnered over 350 million combined Spotify plays and topped iTunes charts around the world.  Undeniably one to watch, ALMA recently landed on the prestigious BBC Music Sound of 2018, received the award for “Best Finnish Act” at the MTV EMA awards, and was named an “Artist To Watch” by VEVO DSCVR. Momentum continues to build as she leads the charge of a new generation of fierce, female pop geniuses who are swiftly taking over the industry.

“I am an ambitious person,” ALMA admits. “But I want to live in the moment, I’m not thinking about tomorrow, about big arena concerts, or flash awards. I want to keep writing, performing and working with people I like and see where it takes me.”

Despite her openness to whatever the future may bring, ALMA’s sense of self is steadfast. She recognizes that today’s pop stars “are like gods” to their young fans. “They need to understand they’re powerful people who really can change things,” she says. “I just want to be here and be real. “Cowboy” is the first real piece of me I wanted to give away. There’s lots more to come. I don’t want to bullshit anyone or write empty pop bangers.”

ABOUT CASABLANCA RECORDS
Casablanca Records, the legendary label of the 70’s, defined the sound of its era. During the infamous days of Studio 54, Casablanca launched the careers of artists such as Kiss, Parliament, Donna Summer and Giorgio Moroder. Re-launched by Republic Records executive vice president Rob Stevenson, the label now focuses on Dance and Electronic music. Working with a global roster of both established superstars and emerging new talent, Casablanca Records is home to Stromae, ALMA, Kungs, Martin Solveig, Tiësto, Felix Jaehn, SG Lewis, Netsky and Phantoms.