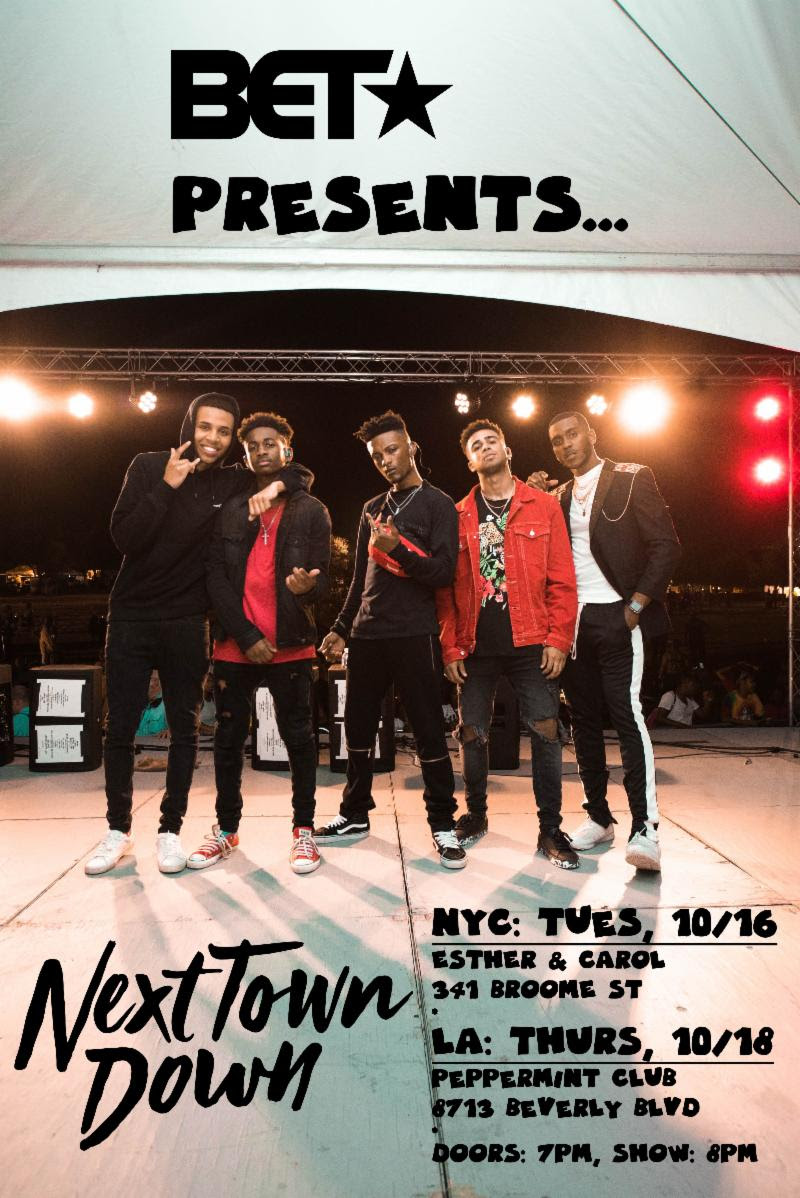 Join BET Networks and the multitalented R&B vocal group Next Town Down for an intimate showcase this Tuesday, October 16th at the E&C (Esther & Carol) Studio in New York City and Thursday, October 18th at the Peppermint Club in Los Angeles, CA.

The group will be performing some fan favorites mixed with a few of their newest singles like “KISSIN ON” from their debut EP set for release later this month.

About Next Town Down:

Leon, Malik, Terence, Tre’Von and Chris- are the next great R&B group. They met on social media and exploded on Musical.ly & YouTube. Their videos have co-signs from Chris Brown, Kehlani, Tank, and Normani. Their Evolution of Boybands video went viral with over 20 million views and cosigns from Steve Harvey, Ricky Bell, Donnie Wahlberg, and *NSYNC. Since then, they’ve been lucky to sing music of all genres for and with Boyz II Men, Mariah Carey, 5th Harmony, Little Mix, TLC, Smokey Robinson, and The Jacksons.

WATCH THE VIDEO FOR “ROCK” HERE

On the back of the success of their first release, “Good Times,” NTD headlined the AwesomenessTV closing show at VidCon 2017. Their most recent release, “Easy,” was featured on New Music Friday and the Newness on Spotify and chosen as the cover for Introducing R&B on Amazon Music. Their original music is known for its feel good vibes that re-define R&B. Next Town Down’s music has already been featured in MLB.com’s highlight reels. They are planning a 2018 tour.