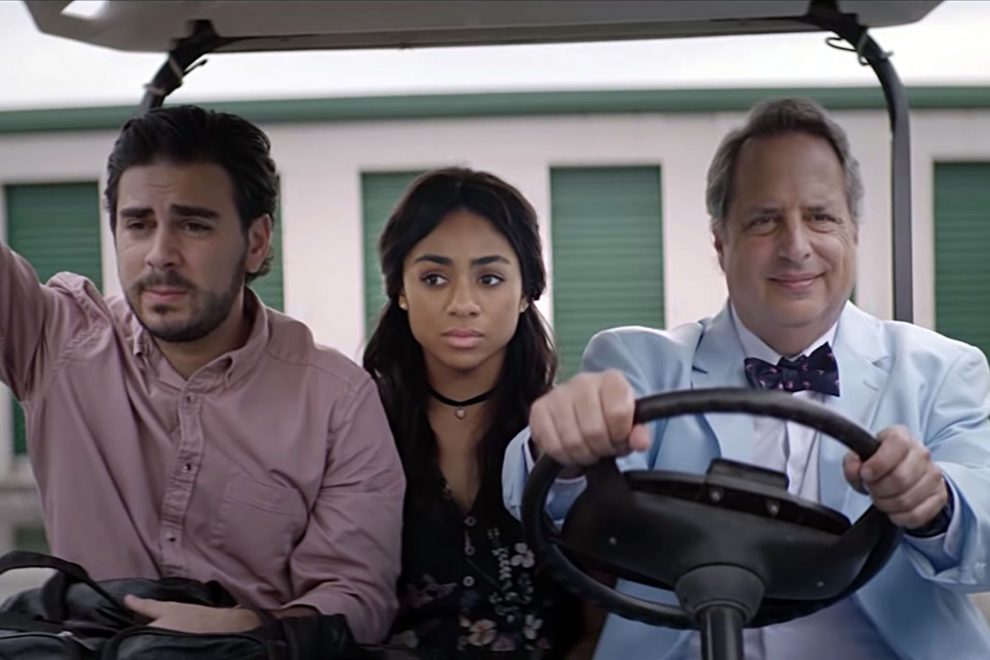 [Sept 24, 2018]  – Coming off of a successful film festival run and excellent early critical reviews, indie feature film Chasing The Blues is coming to The Screening Room in Buffalo on Oct 12, 2018.

Written by Scott Smith and Kevin Guilfoile, and directed by Smith, this twisted caper comedy pits two rival record collectors against each other as they attempt to con an old lady out of a rare, but cursed, blues record. When their antics land them in jail, the feud festers for 20 years until they are released from prison and get a second chance at snagging the vinyl – this time from a much more formidable foe.

Grant Rosenmeyer (The Royal Tenenbaums, Oliver Beene) stars as convict Alan Thomas. Alongside Rosenmeyer, co-stars Ronald L. Conner and Chelsea Tavares set the stage for the scene stealing roles played by Anna Maria Horsford (Friday, Mrs. Jones), Steve Guttenberg, and a brilliant against-type Jon Lovitz. Chasing The Blues is ultimately a nostalgic and fun ode to the blues and the culture that surrounds it.

The film has been hailed by audiences and critics alike calling it “as hilarious as it is heartfelt, weaving the history of the blues through the long and twisted road these two collectors find themselves on in pursuit of a piece of it.” Like a rare vinyl record, Chasing The Blues is “the kind of gem worth seeking out”.

The film’s soundtrack, which will be released on October 1, is a mix of traditional and modern blues songs from various artists. Listen to both versions of the title track “O Death, Where Is Thy Sting” on Spotify. Brooklyn based singer-songwriter The Bones of JR Jones is behind the traditionally inspired, stripped down ‘original’ session recording heard in the film, while ‘O Death’ is the modern version with a hip-hop twist featured in the trailer from Doomtree’s Cecil Otter.

Visit us on social media to find out how you can win a guitar signed by Blues legend Buddy Guy!