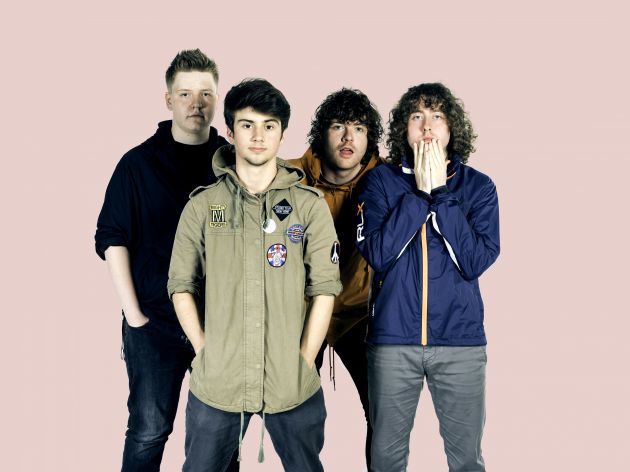 The band was created by Ali and has since seen a few line up changes. The dynamic of the band completely changed in 2016 when Liam came into the fold through recommendation of mutual friends and took on some of the song writing duties, giving the band two times the ammo. 2018 has seen the addition of Josh and Mike and this line up is the most soild it’s ever been.

Mike offers the band an uncompromising backbone, while Josh adds tremendous amounts of style and flair to their songs.

The band is a perfect combination of big songs and music genre personalities, always striving to uncover the classics of tomorrow.

Having been listed in Fred Perry’s music site for ‘Top Manchester Bands you need to hear’, as well as huge home town shows at Manchester’s 02 Ritz, a 500 capacity sell out at Rebellion and fresh off the back of a Summer of big gigs, supporting the likes of Twisted Wheel, and gracing the Allotment Stage for ‘This Feeling’ at YNOT festival, the band are ready for the next step with big things to come.

The epic new single ‘Gone’ will be released on November 17th.

‘Anthemic indie rock delivered with a raw magnetic energy found only in Manchester bands. Selling out venues all over the North West, this Manchester 4-piece are ones to watch’ – Gigslutz

‘Here are a band who are capable of achieving very big things.’ – Northern Exposure

‘The ferocious energy, technical ability, swaggering confidence and the pure class and infectiousness of tracks like Stargazed and you’ve got yourself a band more than capable of achieving huge things.’ One Great Song

TWISTED WHEEL were the 20 year old feral rock’n’rollers who tore open the last Oasis shows in 2009 while playing many sell-out headline shows for 2 years straight. Retreating to lick their wounds and terrorise the neighbours, the band now return a decade later with their irreverant disregard for comercial domestication, after a hugely succesful ‘Snakes & Ladders’ UK tour which saw them play over 40 venues, they’re back with some brand new material.

Here is the lead single from the new EP of the same name ‘Jonny Guitar’, as you might expect, the boys aren’t coming back quietly and the track is as raucous as they ever were.

The new songs were included in sets over the Summer and have already become firm crowd favourites. The aforementioned ‘Jonny Guitar’ detailed lead singer Jonny Brown final last breath as an addict, pawning his guitars and hearing the ‘shouldawouldacoulda’ declare his reputation. The other tracks, ‘Rebel’, ‘Keep It Up Boy’ and ‘The Convoy Man’ (a one minute tribute to a cooing pigeon) all demonstrate the bands uncanny talent to maximise the elusive eternity in the ordinary and Brown’s ability to create anthems and places from the trash of life.

This is what Bowie would’ve sounded like in a bin bag with unicorn wearing a football shirt. No autotune in sight; these are songs you feel, see and live.

Jonny reformed the band in January, since then they have been rehearsing, recording and relentlessly touring. The EP is both a thank you for the fans that have welcomed them back, stayed faithful over the past decade and a teaser for the monster incipient wasp of an album appearing later this year.

After two huge shows supporting Liam Gallagher at Finsbury Park and Lancashire Cricket Club and a UK number 1 in the physical charts in June this year, it’s safe to say they’re back where they belong.

Twisted Wheel may have been thrown to the wolves but they just came back leading the pack…. 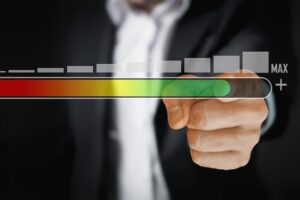 How You Can Grow Your Business As A Creative Industry Professional