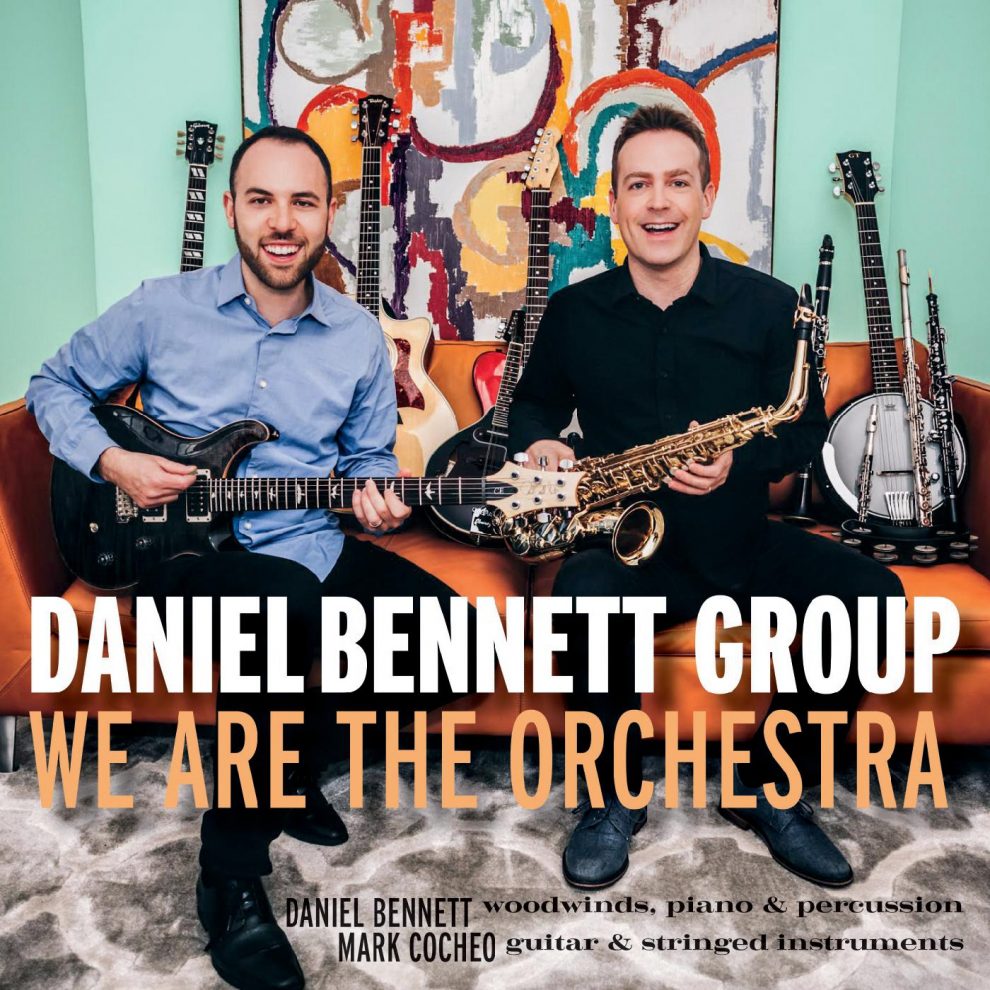 Daniel Bennett’s groundbreaking release “We Are the Orchestra” was conceived when Bennett arranged the musical score for “Whitman at the Whitney” at the Whitney Museum in New York City. The show was produced by the Hudson Guild Theater. In a bold departure from previous works, “We Are the Orchestra” features saxophonist Daniel Bennett in a rare duo performance with guitarist Mark Cocheo. All of the wind, string and percussion instruments were recorded and layered to create the sound of a large ensemble. This ambitious project features Bennett’s “Avant-Pop” compositions and arrangements of opera themes by 19th century composer Giuseppe Verdi. The music reveals the exceptional versatility of Bennett and Cocheo as they blend Jazz, Folk and Classical music with an infusion of offbeat humor.