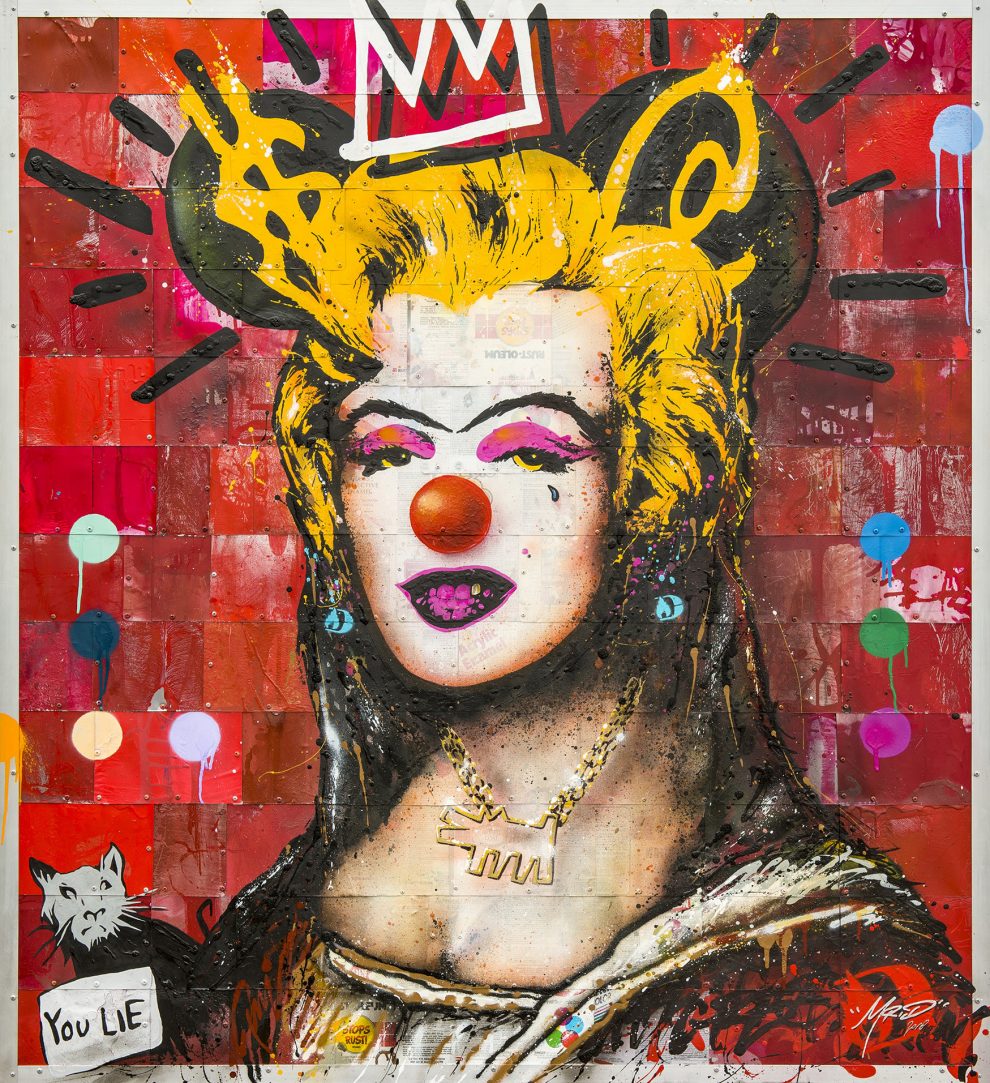 Miami, FL  (October 10th, 2018) — Sebastien “Mr. D” Boileau, who began his career as a graffiti artist in Paris at the age of 14, will be bringing his talents to DC to exhibit at Superfine! October 31-November 4, 2018. To Mr. D, being an artist is less about following the rules and more about creating freely and connecting with a wider and diversified public. Influenced by the American Pop Art and Graffiti movement of the 60s, 70s, and 80s, Mr. D began his artistic endeavors in Paris in 1987. He has since traveled the world, showing his art in the form of murals, solo shows, group shows and art fairs.

The current political landscape in DC is one of the main inspirations for Mr. D to participate in the Superfine! show. “It is important for me to be there and create conversation rather than just sell work,” said Mr. D who often incorporates overarching themes into his work. One of these “conversation” pieces exhibited will be “Make Art Great Again,” the title a nod to the current presidential administration. Mr. D originally was commissioned to paint the piece as a mural for the Stuart Art Magazine headquarters in Paris. The mural had such success that he reproduced the mural artwork on canvas with embellishments, as well as a series of 10 smaller pieces that will be shown at Superfine! DC.

One of Mr. D’s most famous pieces is Preservons la Creation, the five-story, 10,000 square foot mural that has been dubbed the largest mural in Houston. The mural, that translates to “let’s preserve the creation,” is a nod to challenging the stigma associated with street art. It calls to attention the worthiness of urban art, not only as something to be admired but also preserved.

The theme of preservation is evident in Mr. D’s signature style ‘Canpressionism,’ a neo-impressionist style primarily done with spray paint and street art techniques. Mr. D sometimes uses recycled spray paint cans in some of his pieces, working to preserve what it means to be a street artist. His artistic and personal goal is to use his  skills, experience, and credibility to demonstrate “Urban Art as Fine Art.”