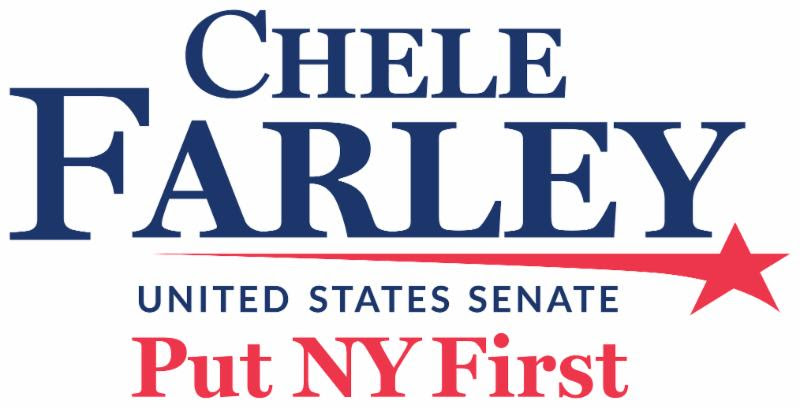 New York, New York — U.S. Senate candidate Chele Farley (R, C, Reform) today revealed that micro-blogging site Twitter is censoring her tweets. This week the tech company started blocking “potentially sensitive content” in Farley’s timeline. Twitter’s arbitrary designation of “potentially sensitive content” included a tweet supporting term limits and another promoting her recent appearance on a Utica-area radio station. It’s unclear why Twitter would choose to censor Farley’s content.
“Although a private company, Twitter effectively controls the public square for its 336 million worldwide users. Therefore, any actions it takes to limit free speech should be scrutinized closely. Many of its recent victims include right-leaning voices like mine,” said Farley.
This is not the first time prominent social networks and search platforms such as Twitter, Facebook and Google have been accused of limiting the free speech of Republicans and conservatives. Twitter’s practice of “shadow banning,” or reducing the visibility of Republicans in its search feature, came under scrutiny earlier this year when Vice News reported that RNC Chair Ronna McDaniel was removed from the social media’s drop-down search box.
“If Twitter has chosen to suppress certain political points of view it finds incompatible with its liberal philosophy, then its customers should be aware of it. I’m speaking out today because I will not be muzzled. It’s time for Republicans and conservatives to fight back against Big Tech’s bias,” said Farley.
Chele Farley is an outsider with over 25 years of experience in the private sector. She is the Republican, Conservative and Reform Party candidate for U.S. Senate. Farley lives in New York City with her husband Richard and their three sons. For more information about U.S. Senate candidate Chele Farley, please visit www.CheleFarleyforSenate.com.