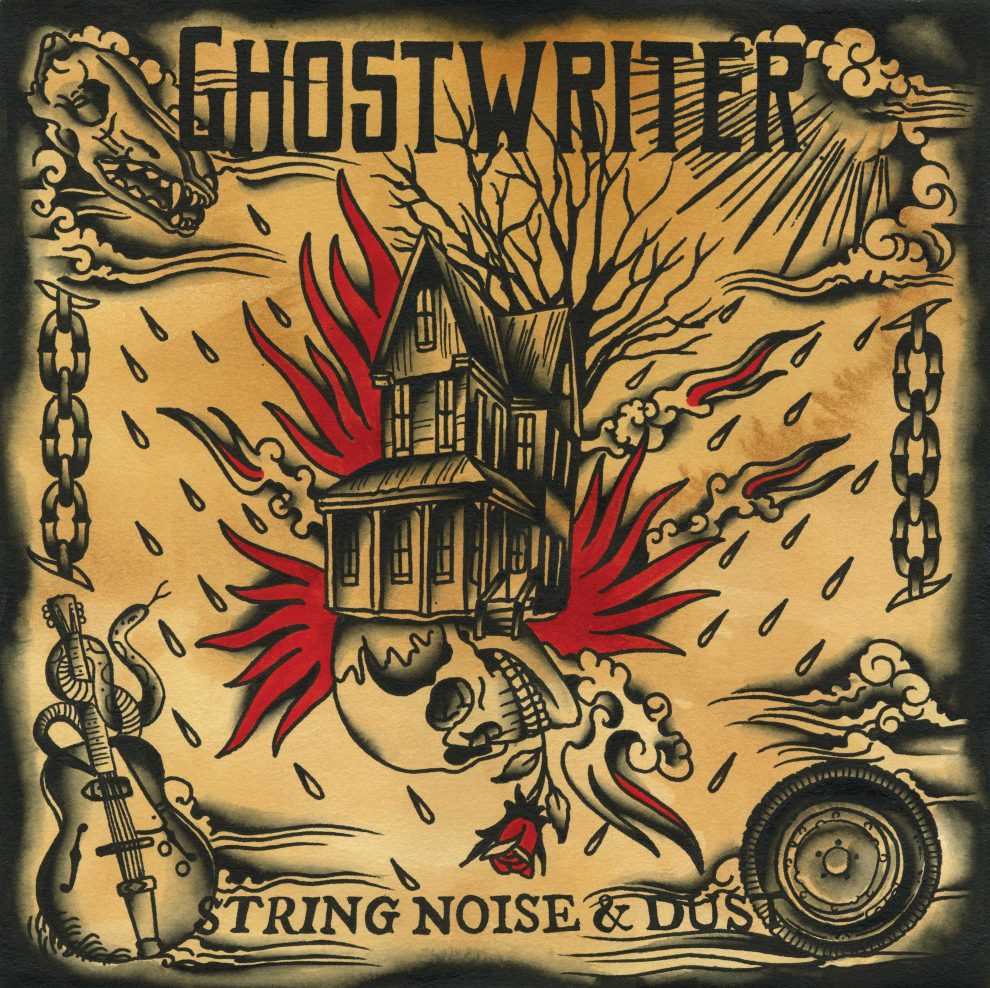 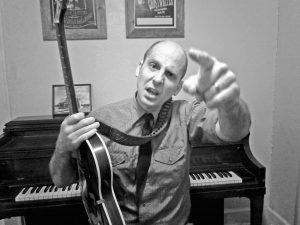 “a one-man junk-folk-blues act with knitting-needle guitar, footstomp percussion, and a holler that sounds like a less lysergic Captain Beefheart” – Ned Lannamann, Portland Mercury
“The one-man-folk-band thing is getting a wee-bit played out… That said, Ghostwriter is NOT played out – and the shtick is anything but boring. While Steve Schecter – the man who is Ghostwriter – has the country-fried, chicken feather bit down – there’s also a gloominess to what he does that keeps things interesting.” – Matt Driscoll, Weekly Volcano.
“A haunted road hog with a brimstone growl and guitar mixed hotter than Lucifer… Imagines Nick Cave waking up on the wrong side of bed, fighting cottonmouth and arrest warrants in several Southwestern states.” – Christopher Grey, Austin Chronicle