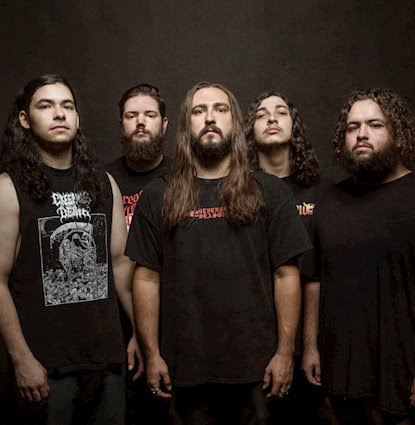 I AM is a five piece metal band hailing from the Texas.

Their sub genre of heavy metal is called “TEXAS DEATH.”

I AM take their influences from the big four (Slayer, Metallica, Megadeth, and Anthrax) and also staple bands such as Pantera, Power Trip, and Cro-Mags.

With this lineup they have been solidifying Texas Death across North America on tour with bands like The Acacia Strain, For The Fallen Dreams, Kublai Khan, Left Behind and many more.

The band signed with 1126 Records in 2018 and began recording the new album with Randy Lebeouf at Graphic Nature Audio (Kublai Khan, Left Behind, and Great American Ghost) with a vision of capturing their chaotic live performance and power. By the time they left the Graphic Nature Audio summer of 2018, their sophomore album, Hard 2 Kill was as envisioned.