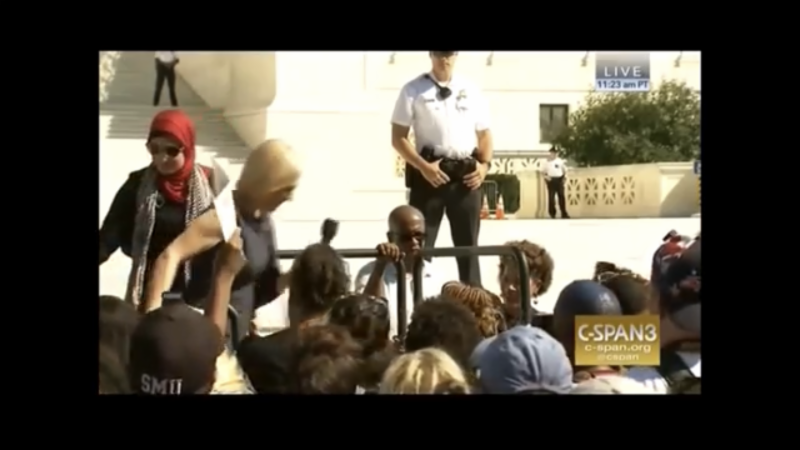 New York, New York — US Senate candidate Chele Farley (R, C, Reform) today slammed incumbent Senator Kirsten Gillibrand for her policy of appeasing the anti-Israel lobby and radical anti-Semite Linda Sarsour as she prepares to run for President in 2010.
Last week, while attending one of her many anti-Kavanaugh protests, Gillibrand was introduced by Linda Sarsour as “another champion, another one of our people who works for us on the inside.” Watch the video here.
Sarsour has a well-documented history of criticizing Israel and is associated with Nation of Islam leader Louis Farrakhan, a vocal anti-Semite.
“Kirsten Gillibrand is America’s Neville Chamberlain, a public official who has betrayed the cause of a strong and free Israel. We cannot give an inch and we can never turn a blind eye to anti-Semitism in any form and at any time,” said Farley.
Appearing with Sarsour was just the latest anti-Israel action from Kirsten Gillibrand, who supported the nuclear treaty with Iran, opposed the Taylor Force Act, removed her name from anti-BDS legislation she sponsored, voted to oppose US Ambassador to Israel David Friedman’s confirmation and has flip-flopped on supporting bipartisan legislation to punish terrorist groups who use innocent civilians as human shields when carrying out their attacks.
“As she prepares her run for President, Kirsten Gillibrand has emerged as a leader of the dangerous socialist left of the Democratic Party which has turned its back on Israel. New Yorkers deserve to know that in the name of blind ambition Kirsten Gillibrand has abandoned her principles,” said Farley.
Concluded Farley, “With nearly two million Jews calling New York home, no state has a stronger bond with Israel. As New York’s Senator, I will be rock solid in my support of Israel, our greatest ally in the Middle East.”