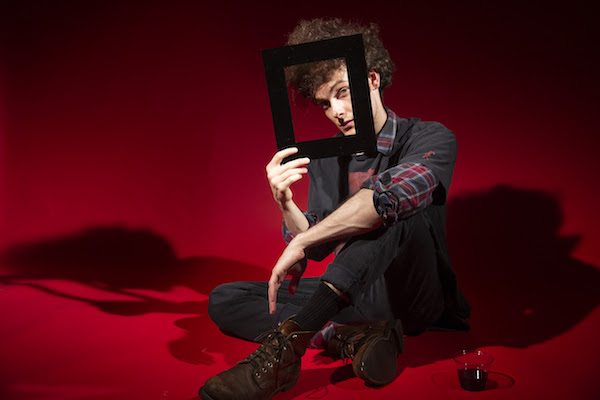 “Humanish” is the first single off Gabe’s upcoming album, Love & Espionage.
Inspired by The X-Files, unrequited love and iPhone voice memos, “Humanish” blends a variety of science-fiction motifs into a track about feeling alienation caused by unrealized romances that will inevitably be lost to time. It’s part acoustic, part twee-pop horns, part tongue-in-cheek self-referential humor, and part MOOG synthesizer – you know, to get that classic old school sci-fi vocal texture. It’s catchy, and it’s a great taste of what’s to come.
October 12th, 2018 –
Gabe Greenland is a Brooklyn-based singer, songwriter and producer from Los Angeles, California. Influenced by a disparate hodgepodge of west coast icons such as Stephen Malkmus, Flying Lotus and Russell Westbrook, Gabe Greenland combines a deep knowledge of hip-hop production with modern punk-influenced slacker emo to create a personal brand that is both familiar and unique.
“Between the 90s Elliott Smith-style bummer guitar, the glossy, upbeat Pharrell-style 00s bounce-pop and the personally honed emotive sax tone, nobody sounds like me. I sound like many, but nobody sounds like me.”   –  Gabe Greenland
“Humanish” will be released across all digital and streaming services on October 12th, 2018.