In 2007, a suspicious survey for college students emerged that was hosted on a website registered to Karen Unterreiner [Etholoutions.com]. Unterreiner is a notorious High Rank of NXIVM and longest serving harem member of Grandmaster Keith Raniere.

Yet the survey was promoted as sponsored and devised by Kristin Kreuk and Allison Mack [along with Nicki Clyne and Sarah Edmondson].

This was clearly deceptive on the part of Kreuk and Mack.

I submit the survey was not written by Mack and Kreuk – but by Raniere and Unterreiner and was meant to use Mack and Kreuk’s celebrity to recruit college students into NXIVM.

As of today, we do not have the complete survey [it has been taken offline] but we have some of the questions.

Thanks to Chet Hardin and to another reader of the Frank Report, we know this much about the Raniere -Kreuk survey for college students:
It begins with a “super cool” “hip” intro that supposedly was written by Kreuk and Mack – but more likely was written by that super coolest of all – the Vanguard dude.
“Hi there… if you’re reading this, it must mean you are an incredibly intelligent, witty, clever and good lucking member of the college community. If all but the college part applies to you, congratulations! but you best be moving along for now. But for all you college folks, thanks for comin’ over and sharing your valuable time with us. The survey will take about 15 minutes depending on how long you linger, and as a thank you for sharing with us, you have the opportunity to ask one of us (Allison Mack, Kristin Kreuk, Nicki Clyne or Sarah Edmondson) any question in the universe! If it’s out there enough, we just might answer it…
Then the survey looks for the standard info – plus your favorite movie:

Hardin provided in one of his earlier stories these two bizarre questions which are part of the Kreuk-Raniere survey:

2 What if it was dog vomit? 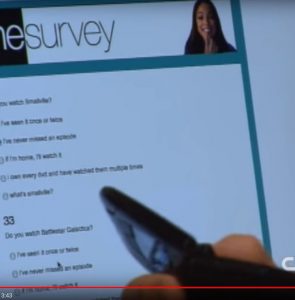 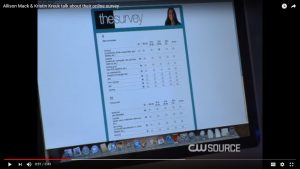 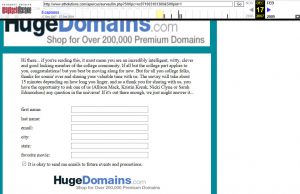 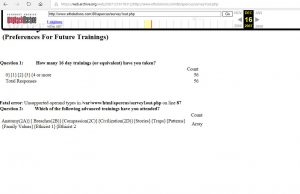 Getting back to the sruvey, a reader wrote to me providing Frank Report with a few more questions from the survey, which she was able to get from magnifying the youtube video where Mack and Kreuk promote the college survey.
The questions seem to focus sharply on money – something that Raniere always had in mind – when recruiting anyone – money and sex.  That was Raniere’s world – to be sure – money and sex.
Here are the questions visible from the youtube video:

Here is a video of Kreuk and Mack promoting their NXIVM survey for college kids:

Here is the link where Kreuk and Mack were promoting the A Capella Innovations which was another recruitment tool for NXIVM.

Here is a video from A Capella Innovations with a Keith Raniere quote behind them. You have Allison Mack and Kristen Kreuk and Nicki Clyne.