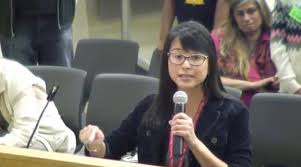 The violent left hates the rule of law. In fact, one of their leading activists sought to derail a Judicial Watch freedom of information investigation with a meritless lawsuit. Thankfully, a federal court judge has put an end to this legal assault.  Our Corruption Chronicles blog has the details.

A California teacher’s case to block Judicial Watch from obtaining public records about her violent Antifa activism is “entirely frivolous,” a federal judge said during a hearing this week in San Francisco.

The Berkeley Unified School District (BUSD) middle school teacher, Yvette Felarca, is a national organizer for a radical leftist group, and last year Judicial Watch filed a California Public Records Act (CPRA) request to get information about her violent Antifa activism. Claiming to be the victim of a political witch hunt, Felarca sued the district in federal court to keep it from fulfilling its legal obligation to provide Judicial Watch with the records.

In Judicial Watch’s 24-year history of submitting thousands of public records requests and litigating hundreds of public records lawsuits in state and federal courts nationwide, a third party has never sued to stop a government agency from responding to one of its requests. Additionally, Judicial Watch has never been required to litigate a state public records act lawsuit in a federal court. At this week’s hearing Judge Vince Chhabria, an Obama appointee at the United States District Court for the Northern District of California, found the controversial teacher’s argument to be “entirely frivolous” and declined to exercise supplemental jurisdiction over her state law claims. A written order will follow, representing a huge victory for the public’s right to information about government and the taxpayer-funded officials that operate it.

In her lawsuit to keep the district from furnishing the records, Felarca alleges that Judicial Watch is misusing the law for political means and the district should refuse to provide the information. It also calls Judicial Watch’s record request “illegal,” though it aligns perfectly with California law, which states that “governmental records shall be disclosed to the public, upon request, unless there is a specific reason not to do so.” In this case there is not, which helps explain Felarca’s preposterous argument.

In her federal complaint she asserts that “BUSD’s pursuit of Judicial Watch’s illegal CPRA request would transform the CPRA into something unrecognizable and far-removed from its original intent of making the acts of government officials public. Instead, it would become a tool for employers and political organizations to spy on and police public employees for their political beliefs and affiliations, including concerted activities for their mutual benefit.” Judge Chhabria didn’t buy it.

Felarca works at Martin Luther King Jr. Middle School and is a prominent figure in By Any Means Necessary (BAMN), an organized militant group founded by the Marxist Revolutionary Workers League that uses raucous militant tactics to protest conservative speaking engagements. In 2016 the teacher and two of her radical pals were arrested and charged with several crimes, including felony assault, for inciting a riot in Sacramento. Felarca was captured on video calling a man a Nazi and punching him in the stomach repeatedly while shouting obscenities at him.

More than a dozen people were injured in the riot, at least 10 with stab wounds, and the capitol grounds suffered thousands of dollars in property damage. Felarca accused local authorities of a “witch hunt” and tried to get the charges dropped but in May a Sacramento County judge declined. A local newspaper story on the two-hour hearing quotes the judge, Michael Savage, saying: “The bottom line is this: There’s nothing … that shows that the Sacramento County District Attorney’s Office planned to carry out any discrimination against the defendants.”

In January a separate judge ordered Felarca to pay more than $11,000 in attorney and court fees for her frivolous attempt to get a restraining order against Troy Worden, the former head of the University of California (UC) Berkeley College Republicans. The two political adversaries went head to head when Felarca led violent protests against conservative speakers that Worden’s group promoted at UC Berkeley. Felarca claimed Worden was stalking her and she got a temporary restraining order. Then she filed for a permanent restraining order. The Alameda County commissioner that ordered Felarca to pay Worden’s legal fees said her request for a restraining order “was not brought in good faith.”