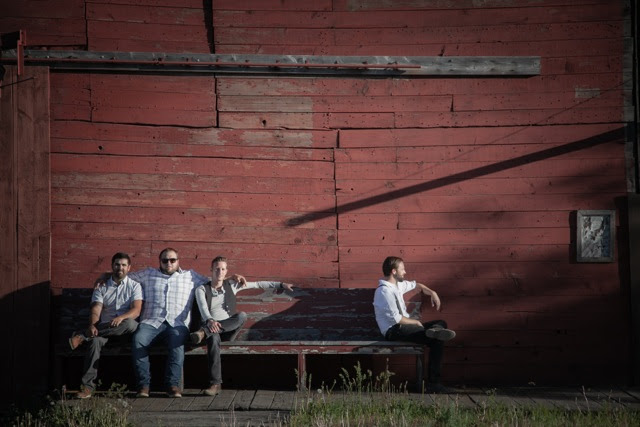 Brandon Prinzing & The Old Revival is a four-piece folk punk group from Bend, Oregon. Inspired by classic americana, the intricacies of metal and the defiant energy of punk rock, Brandon Prinzingcombines all three in an all-consuming kick, stomp and holler force of motion. Hear This, their debut album recorded by Aaron Gillespie of Underoath, details the struggle of loss and fighting to continue. Inspired by a near-fatal car crash that left his girlfriend paralyzed and paraplegic, Prinzing explores the darkness of feeling trapped with no way out – but still fighting to pursue happiness.
Hear This at its core, is an album about the resolve to fight. Win, lose or draw.
“Music is the one thing that constantly moves me forward through the highs and lows of life.  These songs are about passion, loss, love, hate, anger and triumph. Hear This is the title track of the album, and its lyrics sum it up best: “So hear this, believe you me, if this was for nothing and I’m just singing to sing / Well that’s alright if that’s my fate.”  We do this for us, for the people who connect to the music, and we will continue doing it no matter what comes next.”
Gathering inspiration from the unusual blend of Eminem, Garth Brooks and Ducking Punches, Prinzing manages to pour explicit amounts of emotion into each track. With inflections of The Gaslight Anthem’s edginess, Frank Turner’s honesty and The Used’s tenacity, the west coast band ignites a fervor within listeners. The lyrics the gasoline and the instrumentation the flame, the combination ignites an aggressive will to overcome a familiar sense of struggle.
“We dance, we chant, we yell, we scream. WE feel alive.”
Hear This will be released on October 12th, 2018 across digital streaming services.