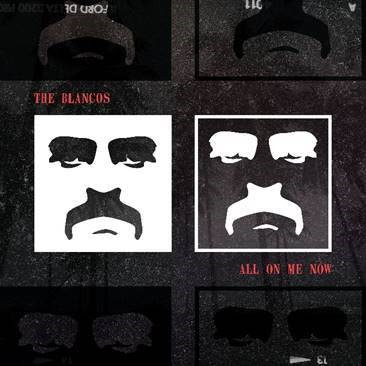 THE BLANCOS RELEASE NEW SINGLE “ALL ON ME NOW”

Check out “All On Me Now” here: https://TheBlancos.lnk.to/AllOnMeNowPR 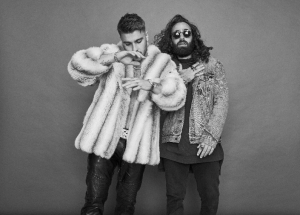 Showcasing yet another facet of their progresive sound and style, the track hinges on sparse piano and cinematic production. This tense sonic backdrop underscores the plaintive, powerful, and poetic lyrics. It ultimately illuminates a subdued sense of soul at the heart of the duo, placing them in league amongst alternative’s most resonant outliers.

“All On Me Now” follows up the energetic and engaging “We’re Tired” [feat. Joyner Lucas]. Already, the song has surpassed 1 million Spotify streams and counting in addition to earning critical acclaim. The Faderexclusively premiered the music video, while Earmilk professed “nothing but love for The Blancos.”

Right out of the gate, The Blancos’ breakthrough “Know My Name” garnered widespread praise with Complex praising it as “a solid introduction to what they’re all about.” “Know My Name” was the feature track for ESPN’s 2018 NFL Draft and MLB’s 2018 MLB Draft on the MLB Network, along with being featured on ESPN for ‘College Gameday’, US Open Tennis Championship, and EA Sports NHL ’19 video game. Additionally, the boys supported Island on tour this fall.

ABOUT LAVA RECORDS
Lava Records is an artist-first label that offers the best of all worlds:  the attention and commitment of an indie and the global reach and capabilities of the world’s largest music company through its partnership with Republic/Universal.  Originally founded in 1995 by Jason Flom, Lava has been the home to many multi-platinum superstars, Grammy winners, and critical darlings.  With a proud heritage and eyes fixed on the future, the label is now home to phenomenal artists including Jessie J, Lorde, Greta Van Fleet, Stanaj and Maty Noyes.