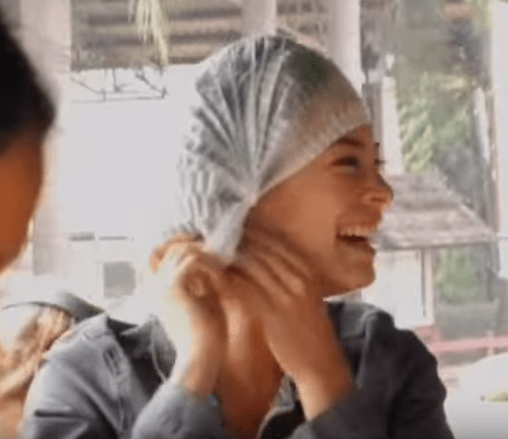 Please note that the interest in Kristin Kreuk continues. I think it is not merely because she is one of the best known NXIVM members, but because, unlike many others, her position  and role in NXIVM is vague and unclear. Here are some comments and links sent by a reader, followed by my own thoughts on the topic.

“Girls by Designs was absolutely NXIVM. Kristin Kreuk, Kendra Voth, [name redacted], Tabatha Chapman and others were all involved with NXIVM. They did a weekend retreat for teen girls.”

“Kreuk, Voth and [name redacted] were there. Here are some clips of Kristin Kreuk being weird and culty.”

Kristin Kreuk talking to teenage girls about “change” and how to “inspire change.”https://m.youtube.com/watch?v=518m0SPlNTE

The description of the video reads: “This weekend was sooo much fun and an amazing experience. I made this video to capture some of the special moments. I was a little limited on pictures but I made it work. Sorry for when the videos are sideways. Anyways I hope you enjoy this because this weekend was one of the best i’ve ever had!! Thank you Girls By Design and Time Out Retreat!! Special Thanks to Kristin Kreuk!!”

In the video below, Kristin Kreuk reads to teen girls a quote from Buckminster Fuller, an architect and scientist, who popularized the geodesic dome and was the second world president of Mensa, the high IQ society, and a likely hero of Keith Raniere’s: “I live on Earth at present, and I don’t know what I am. I know that I am not a category. I am not a thing — a noun. I seem to be a verb, an evolutionary process – an integral function of the universe.”

The description of the next video reads, “Highlights from “Time Out For Teens” – a ‘special’ retreat for teen girls that took place on March 7th, 2009 at Warner Springs Ranch and was co-produced by Girls By Design (Kristin Kreuk & Kendra Voth) and Time Out Retreat (name redacted). For info on upcoming retreats, you can always click on www.timeoutretreat.com and www.girlsbydesign.com.”

From left: Kristin Kreuk, Suzanne Gomez (her CW Publicist), Kendra Voth (who she met on CW Network show Smallville) and Rose Bhura. Kristin Kreuk and Rose Bhura did a short film together called “Blink” in which several NXIVM members were involved, including Kreuk, Bhura, Mark Hildreth and Tony Dean Smith.

It may be true that the actress’ role in NXIVM is, just as she says – perfectly innocent – and, as some of her defenders say, she has no obligation to speak out against the group.  On the other hand, it was a major part of her life for some 7 years. It might be wise for her to be forthcoming and tell her fans more about her experiences – the good, the bad and the ugly [Raniere].

Her silence makes her look suspicious.  Perhaps if she wasn’t such a virtue signaller – taking on causes quite remote from her and equally safe – people might be more tolerant of her silence on her role in NXIVM.  If it was innocent – if Kristin Kreuk attended intensives and maybe allowed her name and image and fame be used to recruit people into something she believed then to be really good – what harm would there be for her to explain what she did and how she found out about the certain elements of the cult that prompted her to leave?

On the other hand, if the truth is that she knew about the seedy, shady, possibly illegal aspects of NXIVM and the moral turpitude of its leader and continued to stay, then there is every reason for her to remain silent – on the fundamental right against self-incrimination and self-degradation.

Her clear public record with the cult plus her silence will militate against her in the long run – though she may believe that she can hide under the radar and let this pass. It is shortsighted.

No one has any doubts about Sarah Edmondson, for instance. She was in the cult. She recruited big time. But she spoke out, she rebelled and helped to expose the cult’s underbelly.  Same with Barbara Bouchey, Marc Vicente, Kristin Keeffe, and others.

But with Kruek and some others, such as Mark Hildreth and Grace Park, their silence is puzzling. One is disinclined to write it off as simple cowardice. One can argue that “it is better to remain silent and be thought complicit then to speak out and remove all doubt.” There could be a very good reason for Kreuk remaining silent. She may have participated in numerous illegal and morally disturbing activities – things she is now ashamed of – and then got out and is simply hoping that her silence will ultimately protect her. It may.  It depends in the end on just how much she really did and to whom.

Click here to post a comment
Under house arrest, alleged sex-slaver, Allison Mack requests judge to allow her to go shopping three hours per week
A significant development: Someone ‘high value’ has flipped