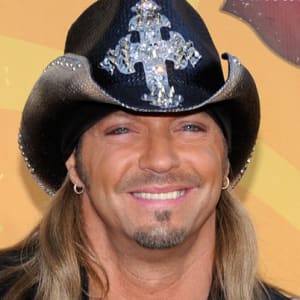 Bret Michaels is one of the leading singer-songwriters from the glam metal era of the 1980s and ‘90s. As lead singer of the band Poison, Michaels wrote and gave voice to some of the time period’s most successful and memorable hits, including “Talk Dirty to Me,” “Fallen Angel,” and the ultimate ‘80s power ballad, “Every Rose Has Its Thorn.” With Poison, Michaels sold over 40 million records worldwide, charting ten Top 40 songs, including six Top 10 hits. Away from music, Michaels has released several solo recordings, including the soundtrack to the motion picture A Letter from Death Row, in which he also starred. He has also appeared in numerous movies and television shows, including the hit reality show Rock of Love with Bret Michaels. Tickets on sale October 19th at Noon!  Tickets start at $45.

In addition to Bret Michaels, tickets are still available for other unforgettable shows at Seneca Allegany Resort & Casino:

TO PURCHASE TICKETS for Seneca Allegany Shows: Tickets may be purchased at any Seneca Resorts & Casinos location, online at ticketmaster.com, at any Ticketmaster location or order by phone by calling 1-800-745-3000.

Seneca Allegany Resort & Casino is nestled at the foot of the majestic Allegheny Mountains along the New York/Pennsylvania border and is located off exit 20 of the Interstate 86 near U.S. Route 219. The property is open 24 hours a day, seven days a week and 365 days a year. Guests can enjoy over 1,600 slot machines and more than 30 table games, seven dining locations, live entertainment and a AAA Four Diamond Award-winning hotel with 413 deluxe rooms and suites, a spa and salon, fitness center and indoor pool.

‘COME ON DOWN!’ THE PRICE IS RIGHT LIVE RETURNS TO SENECA NIAGARA RESORT & CASINO JANUARY 25TH AND 26TH
CLASSIC COMEDY AND ROCK PERFORMANCES STORM INTO THE BEAR’S DEN SHOWROOM THIS JANUARY!
Comment