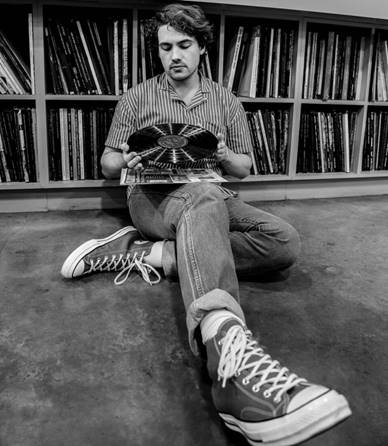 In a short amount of time, this young artist’s music has gotten some impressive music fan attention.  His 2017 “One More Shot” song became a “quiet” YouTube hit with over 2 million cumulative streams and his debut album Blue Room has had over 450,000 plays on Spotify.

Earlier this year, in the midst of working on his new material, Bloom’s song “Evanesce” was featured in the Netflix Original movie “The Open House.”  An exciting moment for an indie artist who runs his own label…

“Elevator” is just a foreshadow of the rest of Bloom’s new material.  If you didn’t know better, you’d think “Elevator” was the product of an Elliott Smith/Tame Impala collaboration, with Brian Wilson as orchestrator.  Alex puts it simple, “it feels like you’re driving in a 1960 Chevy Chevelle in the year 2200.”

“Elevator” will be available on all digital streaming and retail platforms on October 24th.