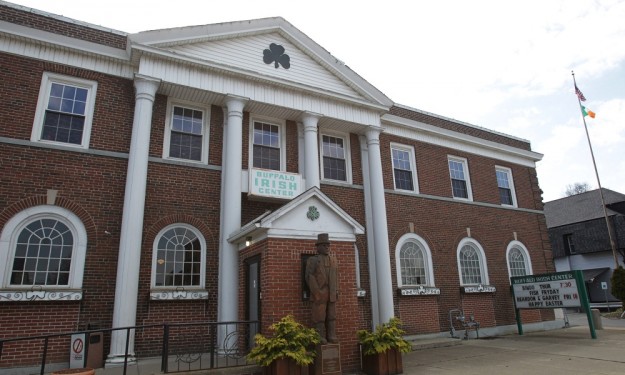 Buffalo Comhaltas Presents All-Ireland Champs Jerry O’Sullivan on uilleann pipes and flutes along with Damien Connolly on button accordion and fiddle in concert at 8PM Oct. 27, 2018 at The Buffalo Irish Center 245 Abbott Rd.

We are also offering traditional Irish music workshops at 4PM. Instrument workshops are on pipes, flutes, button accordion and fiddle also at the Buffalo Irish Center. Workshop fees are $20 each (free for CCE members), concert tickets are

Tickets available at The Buffalo Irish Center or call 203 257 8737 for info.
About the Artists
Jerry O’Sullivan has been widely hailed as America’s premier uilleann piper. His reputation for technical and melodic mastery of the instrument, an Irish bagpipe known for its subtlety and expression, is unsurpassed in the United States, and is demanding considerable attention overseas. Jerry is also widely recorded on the tin whistle, the low whistle, the Highland Pipes and the Scottish smallpipes.
Jerry has toured extensively in the United States and Europe and has even played as far afield as Japan and Israel. He has been a featured performer and instructor in numerous Folk Festivals,
Jerry O’Sullivan is a gifted ambassador of the Irish uilleann pipes, maintaining the historic traditions and melodies of the instrument while expanding its range into new genres of music and media. His mastery of the instrument, traditional knowledge, versatility, and dedication to education truly make him America’s premier uilleann piper.
Damien Connolly hails from Co. Clare, Ireland. He began learning the accordion when he was 11 years old, taught by his father Martin, renowned manufacturer of the Kincora Accordion. He competed in the Fleadhanna (Irish Music Competitions) throughout his teenage years, taking first place both locally and regionally. At age 16, he took up the fiddle, under the tutelage of his step-mother Maureen Glynn of Brooklyn NY. In 1997, Damien took first place in both the Under-18 All Ireland accordion and melodeon competition held in Ballina, Co. Mayo.
In 2003 Damien moved to the US where he is highly sought after as a music teacher and performer. He has taught and performed at the Catskills Irish Arts Festival, the Swannanoah Gathering and the Augusta Irish Festival, to name but a few..