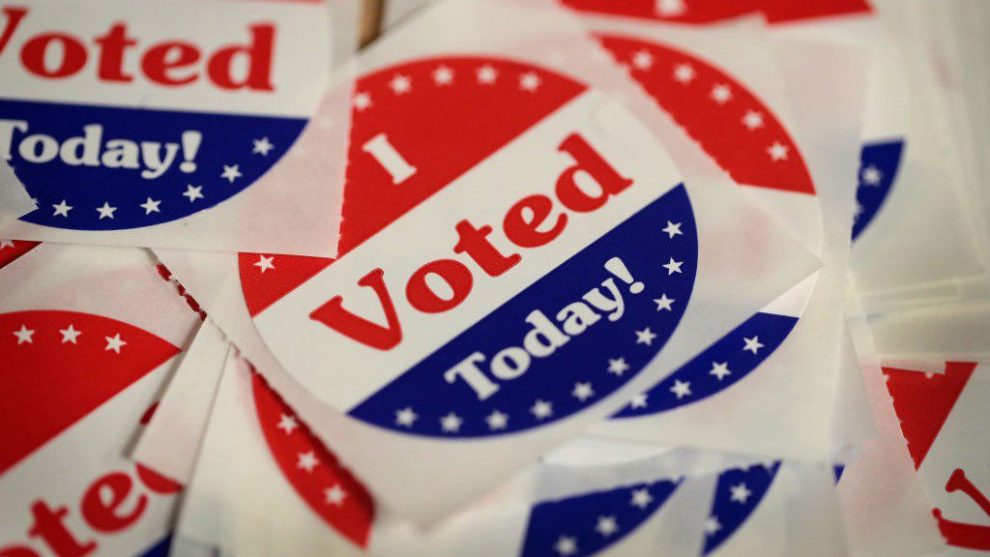 Republicans are understandably distraught when they hear the mainstream media endlessly repeating the mantra that there will be an historic “blue wave” in the November midterm elections. President Trump’s allegedly incompetent and borderline-tyrannical misrule of the rightfully indignant American people will produce a suitable backlash, we are told: Democrats will surely take the House, and possibly the Senate. Will the Republican Party even survive this shellacking? The verdict is out.

This narrative is supported by polling conducted on behalf of major news organizations. CNN’s latest poll, conducted October 4th-7th, is a good case in point. It claims that, in the “generic ballot” question that asks whether likely voters are inclined to support the Democratic or Republican candidate for the House of Representatives in their local district, Democrats hold a massive 13-point edge: 54-41%. Wow! Truly, the race is over, if this poll is to be believed, and Republicans are the losers par excellence. Or is it that simple?

When one drills down to the particulars in the CNN survey, one finds myriad reasons to doubt its accuracy. For one thing, it forecasts a “gender gap” of unprecedented proportions: it finds that 63% of female likely voters will back the Democrats, compared to only 45% of men. Although it is normal for women to be more supportive of Democratic candidates than men, the size of the discrepancy seldom exceeds 10 points. This is suspicious.

Even more damning to the reliability of the poll is its prediction that voters over 65 will favor Democrats by 18 points! This is in the realms of pure fantasy, given that older voters have consistently favored Republicans in recent years, and in 2016 they voted for Republican House candidates over Democrats 53-45%. A “blue wave” might, in the most optimistic scenario, mean that Democrats would tie Republicans among older voters, but the notion that they could win this demographic in a landslide is an absurdity.

There are deeper reasons, however, to mistrust the CNN poll and others like it. Above all, we should consider the history of polling, and how frequently individual polls, and even the average of polls, can be wrong.

It’s no secret that in 2016 the polls predicted that Hillary Clinton would be our next President, and yet here she is in 2018 – a private citizen, albeit an outspoken one. What is more interesting, for our purposes, is that, also in 2016, many polling organizations were asking the usual “generic ballot” question of voters: in their district, would they prefer the Democratic or the Republican candidate for the House of Representatives? Based on the RealClearPolitics average of major polls, at no point in the 2016 election cycle (May to November) did Republicans have a lead on this question, and yet Republicans won the national popular vote for the House by one point and maintained control of the chamber. Let that sink in. Polling averages generally favored the Democrats by 3 to 5 points, they never favored the Republicans, and yet the Democrats still lost. How could this be?

The answer is, in part, that there are, included within these national polling averages, bogus polls like CNN’s monstrosity predicting a 13-point win for Democrats. By no means is this the first time that CNN has overrated Democratic strength. In 2006, the last time there truly was a “blue wave,” Democrats won the national popular vote for the House by 8 points. Nonetheless, the last CNN generic ballot poll showed Democrats winning by 20 points! That’s a large discrepancy, to say the least.

CNN polls are not always this wrong, of course. In 2016, the last CNN poll of the generic ballot question favored Democrats by 3 points, whereas Republicans won the national popular vote by 1 point. Thus, CNN was in the tank for Democrats only to the tune of 4 points. An improvement from 2006, therefore, but still a poor reflection on the accuracy (or lack thereof) of CNN’s polling operations.

The potential for CNN, and other major news organizations, to misconstrue, or even deliberately misrepresent, the leanings of the electorate is vast. One has to wonder: how many CNN reporters and pundits would be willing to bet their annual salary on the notion that Democrats will win the popular vote in House races this year by 13 points? Not many! One suspects that the 13-point number is, in fact, not designed to be predictive at all. It is instead designed to shift the narrative – to make news, rather than report it – and to encourage Democrats while discouraging Republicans.

CNN’s latest whopper continues a trend in recent polling, as polling averages routinely overrate Democratic strength. In 2014, for instance, the RealClearPolitics polling average for the generic ballot question ended up favoring Republicans over Democrats by 2 points, but Republicans won the national popular vote by 6 points. CNN was even less accurate than the national average, needless to say. In its last poll of that cycle, it favored the Democrats by 1 point.

In the final analysis, what does all this mean? Polls are far from useless, but the American people should exercise caution and discretion in interpreting them. They should also keep in mind that recent polling by major news organizations evinces a consistent bias in favor of Democrats.

If, therefore, the current RealClearPolitics average for the generic ballot question puts Democrats up by 7 points, then this result is likely skewed by garbage polls like CNN’s. History suggests that the Democrats’ edge is likely more modest: say, 3 or 4 points. That small advantage, which is certainly liable to additional shrinkage, may well be insufficient to put the House of Representatives in Nancy Pelosi’s gnarled hands.

It’s possible, moreover, that even that 3- or 4-point edge is illusory. Rasmussen Reports’ latest poll has Democrats and Republicans tied at 45% on the generic ballot question. And Rasmussen, lest we forget, was the most accurate polling organization in 2016, predicting Hillary Clinton’s narrow 2-point victory in the popular vote. If Rasmussen is right again, then in 2018 Republicans might do more than stave off disaster. They might actually win!

The takeaway? CNN wants Republicans to despair in the lead-up to the 2018 midterm elections, but the evidence says…not so fast!

s always, reports of the death of the GOP are greatly exaggerated.

Dr. Nicholas L. Waddy is an Associate Professor of History at SUNY Alfred and blogs at: www.waddyisright.com. He appears weekly on the Newsmaker Show on WLEA 1480.