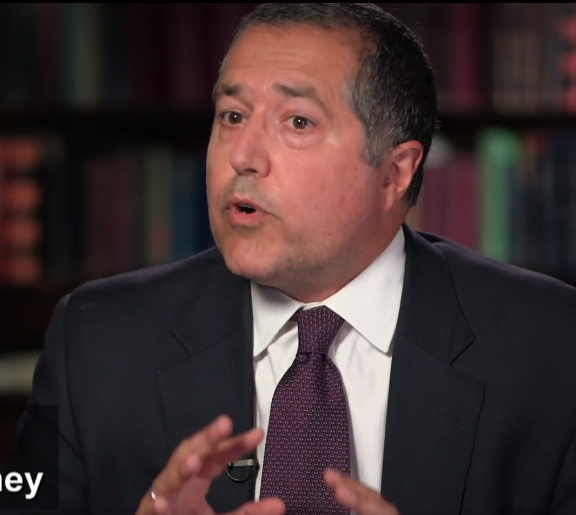 Marc Agnifilo has a potential conflict with scheduling:  He has two clients – Keith Raniere and Dilber Kukic  – both facing serious charges and both expected to go on trial in the first half of 2019.  Their cases are unrelated.

Judge Nicholas G. Garaufis told all attorneys in the NXIVM case not to schedule trials between January 1 and June 30 without his permission.

Agnifilo wrote a letter to Judge Garaufis explaining the potential scheduling conflict, – but explained that, if the Raniere trial starts promptly on March 18 – there might be no problem.

This might be tight scheduling; Agnifilo would have to literally hop from the NXIVM trial to the Kukic trial.  Here is Agnifilo’s letter to Judge Garaufis:

“I represent the defendant Keith Raniere in above-captioned matter. On October 15, 2018, I appeared before the Honorable A. Kirke Bartley, Justice of the New York County Supreme Court, in the matter of People v. Dilber Kukic. et al… Ind. No. 74/2016.

“I explained to Justice Bartley that Your Honor has set a date for opening statements and trial in the Raniere case for March 18, 2019 preceded by jury selection. In light of the Government’s statement that its direct case would last about four weeks and allowing for a possible defense case and holidays in April, Justice Bartley scheduled the Kukic case to proceed to trial on May 6, 2019.

“The District Attorney’s Office estimates that the People’s direct case will last three months. Therefore, the Kukic matter is likely to proceed until well into August 2019.

“I advise Your Honor of this development for two reasons. First, as the Court is aware, it has ordered that no counsel in the Raniere matter shall schedule any matter for trial between January 1, 2019 and June 30, 2019, without permission of this Court. (See Dkt, No. 138, Order on Complex Case Designation at p. 3-4.) Therefore, this letter seeks permission to commence the Kukic trial according to the above schedule. Second, if the Court allows the undersigned to commence the Kukic on May 6, 2019, I would want this Court and all parties to know that the Kukic trial would last throughout the summer and would end likely in August 2019.

“I thank the Court for its attention to this matter.”

The import of this is that the trial may indeed start as scheduled – March 18, 2019. And the clock will be running hard to finish on time.

If the prosecution comes in with another superseding indictment – and it has indicated it may – then the NXIVM case will be pushed back another five or six months – or longer.  That would bring the NXIVM trial date to somewhere around October at the earliest.

Agnifilo’s client, Dilber Kukic, 42, is a contractor charged with manslaughter for his role in an East Village gas explosion in March 2015 that killed two people and destroyed three buildings.  The explosion was blamed on an illegal, cost-cutting gas-delivery system.

Also accused are a penny-pinching building landlord, her son, her contractor, Kukic, and his unlicensed plumber, who installed a tangle of dangerous and illegal gas connections that they hid behind a locked basement door.

Singled out for particular blame were Kukic, and the landlord’s son, Michael Hyrnenko Jr., 30.  The two were caught on building surveillance video the day of the deadly blast responding to a gas fumes complaint from the ground-floor sushi restaurant, then quickly running to fiddle with their hidden basement gas set-up — literally sprinting through the restaurant without warning a single patron to get out, officials allege.

The case is being prosecuted by the office of Manhattan District Attorney Cyrus Vance Jr.

Kukic reportedly faces up to 15 years if convicted.