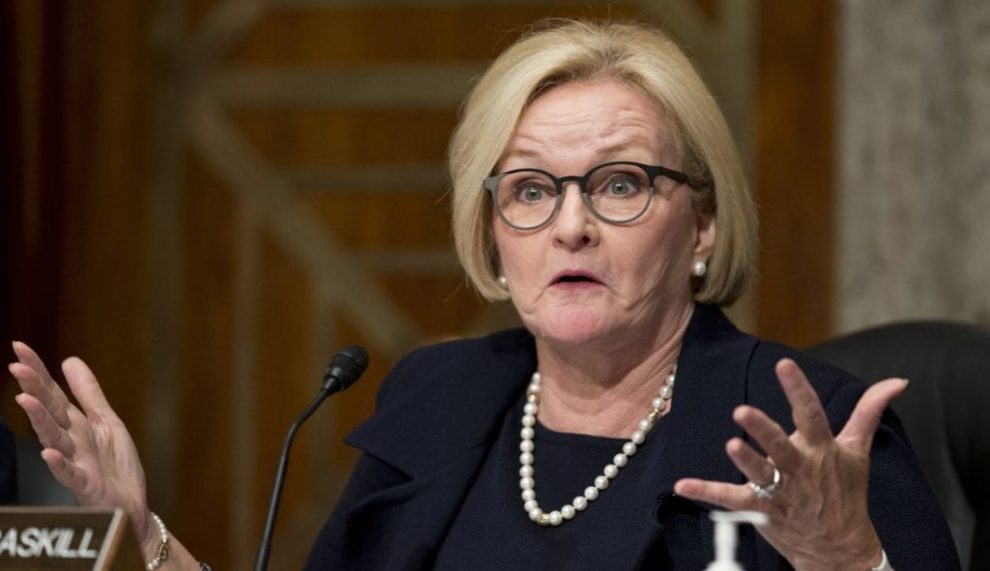 (St. Louis) Project Veritas Action Fund has released a third undercover video from campaigns during this 2018 election season. This report exposes how incumbent Senator McCaskill and individuals working on her campaign conceal their liberal views on issues in order to court moderate voters.

“This undercover report shows just how broken our political system has become. Senator McCaskill hides her trueviews from voters because she knows they won’t like them.”

MCCASKILL: “Well if we elect enough Democrats we’ll get some gun safety stuff done. They won’t let us vote on it, we’ve got 60 votes for a number of measures that would help with gun safety, but McConnell won’t let ’em come to the floor.”

MCCASKILL: “Universal background checks, all of that… But if we have the kind of year I think we might have I think we could actually be in a position to get votes on this stuff on the floor and we’d get 60 [votes…]”

JOURNALIST: “So you would be on board with the bump stocks and… high capacity mags”

MCCASKILL: “Of course! Of course!

Despite her strong views on gun control, Senator McCaskill does not tend to promote them on the campaign trail or on her website. Rob Mills, who works on Senator McCaskill’s campaign, says that is “…because she has a bunch of Republican voters.”

Another individual who works on Senator McCaskill campaign, Carson Pope, adds that “…a semi-automatic rifle ban ismore so what she would support.”

According to Mills, Senator McCaskill conceals her support of Moms Demand Action, a gun control group, and other similar organizations because they would “…hurt her ability to get elected.”

MILLS: “But she doesn’t openly go out and support groups like ‘Mom’s Demand Action’ or just like other groups that are related to that. Because that could hurt, her ability to get elected. Because people like see that and they’re like well I don’t want to support her even though they stand for the same policies…”

MILLS: “She’s worked out stuff with Mom’s Demand Action to make sure that she can support their goals without supporting the organization openly. And you know, Mom’s Demand Action does the exact same thing. Like a lot of our volunteers are actually from there. She’s really good about strategy and making sure she has a goal and can get there.”

Nicolas Starost, another individual who works on Senator McCaskill’s campaign, explains how President Obama won’t campaign for Senator McCaskill in Missouri despite their similar views on politics. Starost says this is because Senator McCaskill needs to distance herself from the Democratic party to appeal to more voters:

STAROST: “Because of how like, cause he’s a very liberal candidate. And like… Claire distancing herself from the party is gonna help her win more votes than it will saying like: “Oh here’s Obama, the former President of the United States, to now speak on my behalf.” Which is unfortunate because I love Obama to pieces, and I’d love to see him come here.”

JOURNALIST: “And they essentially have the same views on everything?”

Another individual who works on Senator McCaskill’s campaign, Glen Winfrey, explains plans for the impeachment of President Trump:

JOURNALIST: “So, here’s the real question, Claire holds off on impeachment to get the moderate. What do we tell the moderates when we drop the impeachment hammer afterward?

WINFREY: “Get over it. It was a national security question. That information was confidential, and she did her duty by not revealing the information until afterward.”

View the other investigative reports in this series:

Guest View: Allison Mack has no one to blame but herself
Kathleen Cassidy and Clare Bronfman visit Clifton Park & a little about Cassidy