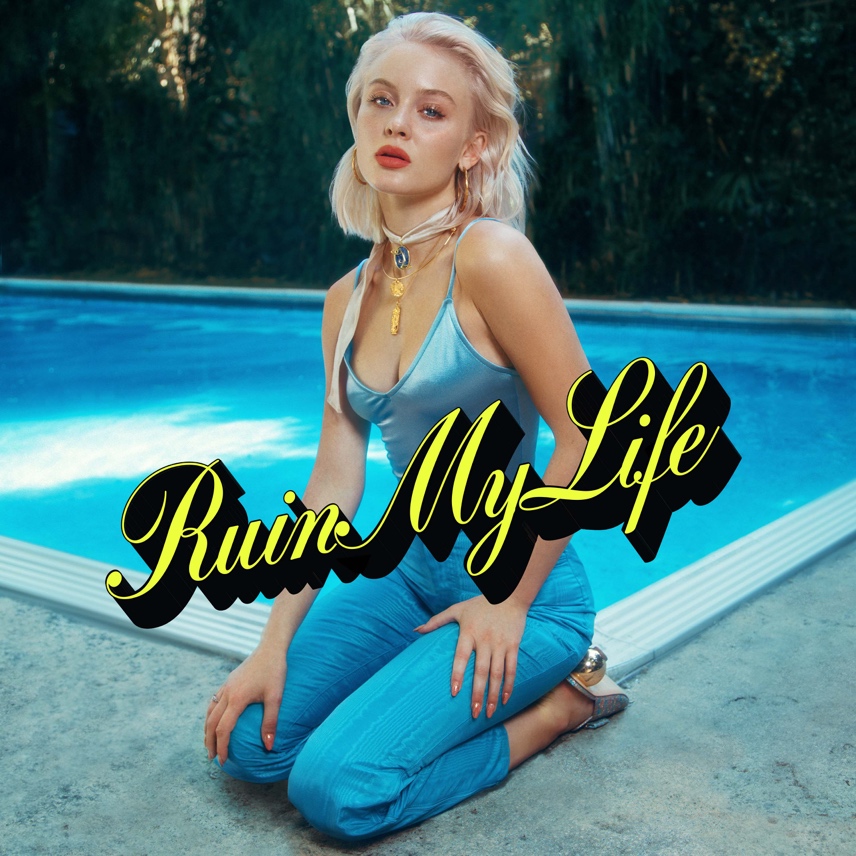 Today, award-winning multi-platinum pop powerhouse Zara Larsson returns with her brand new single “Ruin My Life.” Get it HERE via Epic Records. This marks the artist’s first new music since the 2017 arrival of her gold-certified history-making full-length debut, So Good.

“Ruin My Life” explodes out of the gate as a confident, charismatic, and catchy anthem. Zara’s dynamic voice stretches from spirited verses into the hypnotic and high-energy hook, “I want you to ruin my life.”  Slick, sassy, and striking, “Ruin My Life” represents yet another evolution for the internationally renowned star.

It also heralds much more music to come, setting the stage for her sophomore album—scheduled for release in 2019.

Zara elevates pop to a new level once again. She’ll ruin your life in the best way possible.

Every once in a while, a woman comes along and flips everything upside down. When it comes to pop music, Zara Larsson is that woman. The 20-year-old Swedish singer and songwriter quietly ascended to the forefront of modern pop with undeniable talent, uncompromising attitude, and unbelievable songcraft. As a result, she made history. Her RIAA gold-certified 2017 full-length, So Good, holds the distinction of being “the second most-streamed debut on Spotify by a female artist ever,” eclipsing 5 billion streams. Among a bevy of smashes, “Ain’t My Fault” went gold, “Lush Life” went platinum and “Never Forget You” with MNEK went triple-platinum. Among numerous accolades, she has won favorite Swedish Star at the Nickelodeon Kid’s choice awards 2016, 2017 and 2018! She also landed best newcomer and worldwide act at the 2016 MTV EMA’s. She notably took the stage at the 2017 Nobel Peace Prize Concert to perform “Symphony” alongside Clean Bandit. Meanwhile, she achieved four Swedish Grammi Awards, (2018) namely “Best Song,” “Best Album,” and “Artist of the Year” Snagged spot’s on TIME Magazine’s “30 Most Influential Teens of 2016,” Billboard’s “21 Under 21” of 2017, Maxim’s Hot 100 of 2018. Additionally, she has received nominations at the Teen Choice Awards, MTV VMAs, and more.

Now, Zara’s positioned to undoubtedly change pop once more with her second album in 2019!